Salman and Katrina Kaif have co-starred in films like Ek Tha Tiger, Tiger Zinda Hai, Maine Pyaar Kyun Kiya and Partner among many others 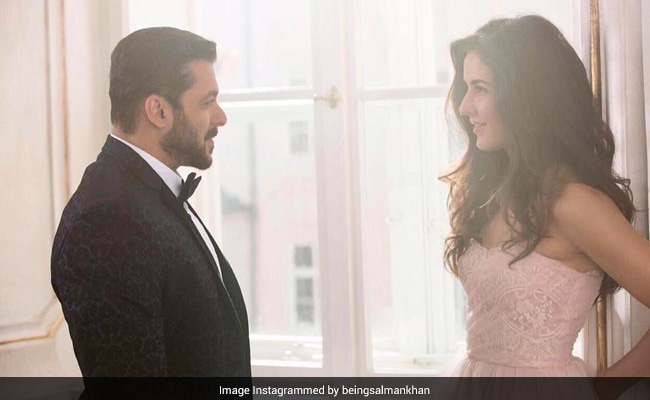 Katrina Kaif's closest friends, colleagues and fans posted on the social media, expressing their love and shared some of the cutest messages for her. On Thursday, Salman Khan shared a still from the song Dil Diyan Gallan from his and Katrina's 2017 film Tiger Zinda Hai  to wish the actress on her 37th birthday. "Happy birthday Katrina," Salman captioned the post. Meanwhile, Salman's sister Arpita Khan Sharma, who also happens to be a close friend of the actress, posted a greeting for the birthday girl and she wrote: "Happiest birthday Katrina. Love you very much. May all your dreams and all my dreams for you come true."

Happiest Happiest Birthday @katrinakaif love you very much. May all your dreams & all my dreams for you come true

Salman Khan introduced Katrina Kaif  in Bollywood and they were said to be dating for a few years. The duo have co-starred in films such as Ek Tha Tiger, Tiger Zinda Hai, Maine Pyaar Kyun Kiya and Partner among others. Salman Khan even made guest appearances in several films which featured Katrina. The duo were last seen together in the 2019 film Bharat.

Salman Khan was last seen as the host of the TV reality show Bigg Boss 13. In terms of films, his last release was Dabangg 3. He will next be seen in Radhe: Your Most Wanted Bhai, co-starring Disha Patani, Jackie Shroff and Randeep Hooda.