Salman Khan Snaps At Photographer At Bigg Boss Event: 'Ban Me If You Have A Problem'

Salman Khan had a war of words with a photographer, who appeared to have blocked the actor's way to the stage. 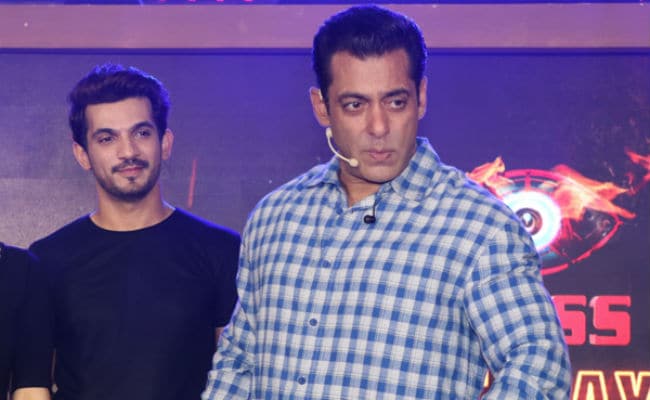 Salman Khan at the launch event of Bigg Boss 13 in Mumbai.

Salman Khan launched the new season of television reality show Bigg Boss, which he has hosted for nine years now, at an event on Monday and during the media interaction, Salman had a war of words with a photographer, who appeared to have blocked the actor's way to the stage. The photographers at the event were stationed too close to the stage, which apparently irked the 53-year-old actor. A video of Salman Khan reprimanding a photographer is now viral on social media. In the video, Salman Khan can be seen telling the photographer, "No one else has a problem except for you... you guys (addressing the other photographers) should do something about it." Salman Khan then walked away but returned to say, "If you have a problem with me then the easy solution is to ban me."

At this point, an event organiser stepped in and requested the camerapersons to maintain distance from the stage while another person from the team said, "If we continue like this then how will the show continue? I promise you that everyone will get an opportunity to click pictures."

Here's the now viral video of Salman Khan from the launch of Bigg Boss 13:

Salman Khan is not exactly famous for his affinity with the paparazzi and photographers at media events. Earlier, the actor rebuked a paparazzo while he was clicking pictures of the Dabangg actor cycling around the city. In 2014, during the promotions of Kick, Salman Khan's bodyguards allegedly ill-treated the photographers invited to the event, after which the camerapersons refused to cover Salman Khan's events for a few weeks.