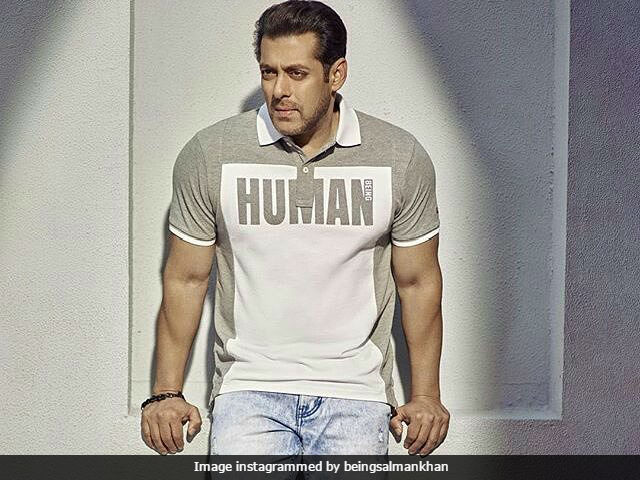 New Delhi: Superstar Salman Khan, who is all set to perform in Hong Kong for his Da-Bangg tour, shared a glimpse of his rehearsal with his fans on social media. The 51-year-old actor posted a picture and a video of him rehearsing the dance moves of the song Hangover from his movie Kick. "Rehearsals for the 1st show in Hongkong tomo! #DaBangHK," he captioned the video. Salman Khan will be joined by Bollywood celebrities such as - Sonakshi Sinha, Bipasha Basu, Daisy Shah, choreographer Prabhu Deva and Television presenter Maniesh Paul during his Da-Bangg tour. After Hong Kong, the team is scheduled to perform in New Zealand, Australia and Malaysia.

See the picture and video posted by Salman Khan below:

Rehearsals for the 1st show in Hongkong tomo! #DaBangHK

See the picture below:

Promoted
Listen to the latest songs, only on JioSaavn.com
Tiger Zinda Hai is a sequel to 2012 movie Ek Tha Tiger. The film will see Salman Khan reprise the role of Tiger, an Indian spy (RAW). Tiger Zinda Hai, which is scheduled to release in December, marks the Prem Ratan Dhan Payo actors fourth collaboration with Kabir Khan. They have worked together in films like Ek Tha Tiger, Bajrangi Bhaijaan and Tubelight. The shoot of Tubelight was wrapped in February.

Tubelight also features Sohail Khan and Chinese actress Zhu Zhu in lead roles. The film, co-produced by Salman Khan and Kabir Khan, is scheduled to release in theatres on June 25.