Salman Khan and Mahesh Manjrekar have co-starred in films like Bodyguard, Ready, Wanted and Jai Ho among others 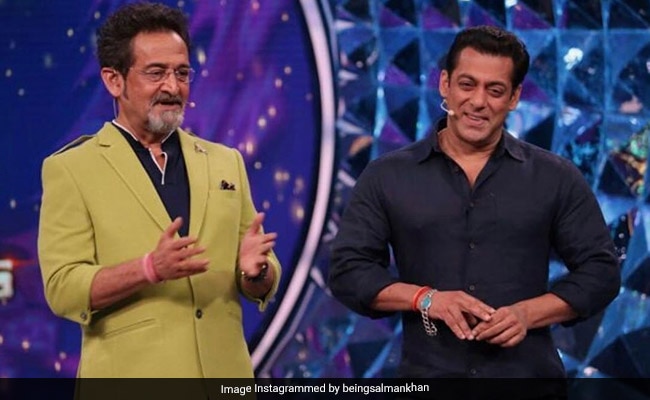 Salman Khan might not be very active on social media platforms but the actor never forgets to post birthday wishes for his close friends and family members. The reason we brought this up today is because the 53-year-old actor posted a birthday greeting for veteran actor Mahesh Manjrekar. Salman has co-starred with the actor in several films. The duo worked together in the 2009 film Wanted, the 2010 film Dabangg, the 2011 film Bodyguard, Ready (2011) and Jai Ho, which released in 2014. Salman shared a picture from the sets of Bigg Boss and he captioned it: "Happy birthday majha bhau... All the happiness." Salman's post received over 2 lakh likes within a few hours.

Salman Khan is currently busy with the shooting of his forthcoming film Dabangg 3 in Jaipur. On Thursday, the actor shared a video from the sets of the film on his Instagram profile. Check out the video here:

According to a Mumbai Mirror report, Mahesh Manjrekar's daughter Saiee Manjrekar will feature in Dabangg 3, which is the third installment of the popular Dabangg series, which also features Sonakshi Sinha. Here are some more posts from the sets of Dabangg 3: