Salman Khan on Why Breaking Into Bollywood is Tougher Now 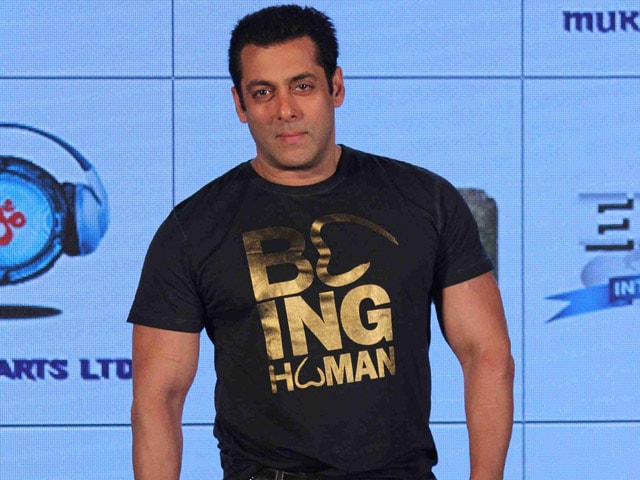 Salman khan photographed at an event in Mumbai.

Mumbai: Superstar Salman Khan feels that earlier it was far easy to launch star kids as compared to the present scenario, when all newcomers are well-trained.

"Today's time is very difficult as everyone is coming prepared, they are well trained. They are working on their looks, action (body) and dance and everything. In our times, anyone would get launched," Salman told PTI.

He said that in terms of budget, today films have become huge and it is a difficult time due to competition.

"Maine Pyaar Kiya was made in a budget of Rs one crore and 11 lakhs. Today it is the shooting cost of two days. In a way it was difficult that time but it is more difficult now, there are more problems. Today the budget is huge," Salman said. (Also Read: Why Salman Launched Athiya Shetty and Sooraj Pancholi in Hero)

"Earlier people used to take risks, see and start making a film for three or four days, and if things did not work out, they would shelve it. Now before starting a film, Rs 4-6 crore is spent, so no one does that. Today there is more competition," he added.

Salman said he thought that it would be better if the newcomers - Sooraj and Athiya - promote the film more than him.

"I hardly participated in the promotions. Our team is pushing them. They are not listening to me, they want to promote. But they should be fresh and not look tired," Salman said.

As the release date approaches, Salman feels the pressure as a producer. Hero is set to hit screens on September 11. "I did not think about the responsibility three or four days back but now I feel it. It is not just about the fate of the film but about their (Sooraj and Athiya) life journey and career. I hope we have not left any stone unturned," Salman said.

The Dabangg star is happy with the way the film has been made and hopes people not only appreciate the film but it's lead actors as well.

"We hope as people have loved the music, they would love the film as well. We hope they (Sooraj and Athiya) would also be appreciated, loved. Only then one would be happy. What is the use of the film doing well and nothing happening," Salman said.

"We would be even happy if the film did not do well but these two people make it as stars. We have tried our best."

The actor-producer reveals he has seen the first cut of the film and he did edit the film by reducing it to two hours and eight minutes with rolling titles. (Also Read: What Aamir, Salman Khan Taught Director Nikhil Advani)

"It's a nice film and the length is good," he added. However, the Bajrangi Bhaijaan star thinks he made a mistake of not releasing the music early, as a producer.

"We have got best music, best background score. But we have messed up at one thing and that is music release. But only the director and producers are going to be affected by it. Music would not benefit the film alone but them (Sooraj and Athiya). It plays on TV and then you get to do shows," he said.

"I think for a newcomer three and half to four months (before film release) all songs should be out, as the music should grow," he added.