Salman Khan On Baby Niece Ayat: 'Couldn't Have Asked For Better Gift Than This'

"The best gift our family has got is new born baby in the house," said Salman Khan 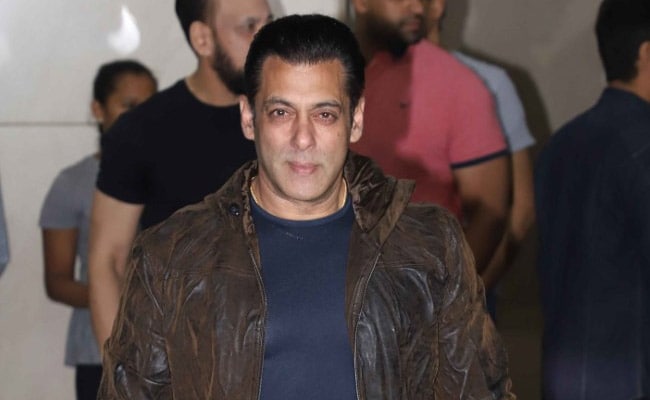 Salman Khan was photographed at his birthday party in Mumbai.

Superstar Salman Khan can't stop gushing about the latest addition to the family - niece Ayat, who was born to his younger sister Arpita Khan Sharma on Friday. Incidentally, it was Salman's 54th birthday the same day and the Bollywood superstar says he couldn't have asked for a better birthday gift. Salman expressed his emotions in a tweet. "Welcome to this beautiful world Ayat. Thank you Arpita and Aayush for the best birthday gift for the whole family. May everyone who reads this bless her and may she grow up and make everyone proud. Thank you for all the love and respect. You all have been very kind, thank you!" he wrote.

Welcome to this beautiful world Ayat. Thank u Arpita n Ayush for the best birthday gift for the whole family. May everyone who reads this bless her n may she grow up n make everyone proud. Thank u for all the love n respect. You all have been very kind, thank u thank u thank u!

The actor took out time to interact with the media on the occasion of his birthday. When asked how he got the good news about Ayat, Salman shared: "Today when I woke up in the morning, I checked my phone and I saw Ayat's picture. It was most beautiful thing. I have tweeted about it few hours ago. She is a beautiful kid. After this year, 27th December will no longer be only my birth date," he laughed, adding: "Now I have become everything - paternal uncle and maternal uncle. I think I couldn't have asked for better gift than this. The best gift our family has got is new born baby in the house. We are very happy. Today, it was all about my birthday, 'Dabangg' and Ayat."

Talking about who named the new-born girl, Salman Khan said: "There were two names, one was Farah and another one was Ayat. Arpita went ahead with Ayat. Our family members have names that start with either A or S. My father suggested the name."

Earlier, soon after Ayat was born, Arpita shared a photo of the newborn that had these words written on it: "Our little princess has arrived - Ayat Sharma". She also captioned the picture: "Welcoming our daughter into the world. Grateful and overjoyed."