'Salman Khan Is Very Supportive And Is Always There For Me,' Says Maniesh Paul

Maniesh Paul made his singing debut with Iulia Vantur 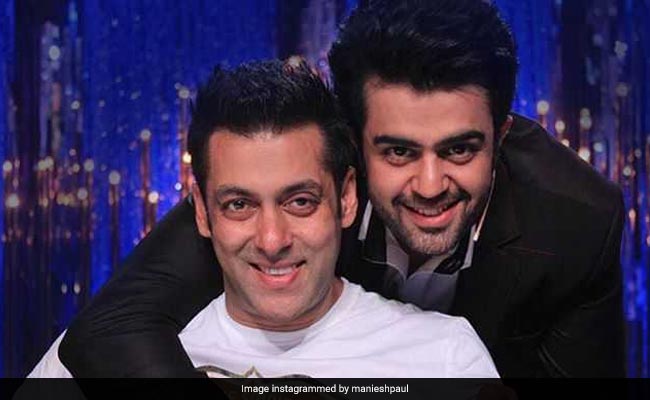 New Delhi: Actor Maniesh Paul, who recently made his singing debut with a song titled Harjai along with Romanian TV presenter Iulia Vantur, says superstar Salman Khan has been very supportive of whatever he does. "Salman sir has been really supportive every time in whatever I have done. Yes, I had a song in mind and generally spoke to him and he said, 'Yes, you should sing professionally. Why not' ... He's bhaijaan and he is always there in whatever I do. He is very supportive." "I do share a lot of things with him and he is always there for me," Maniesh told IANS over phone from Mumbai.

Harjai, presented by T-Series, is composed and written by Sachin Gupta.

Talking about his equation with Iulia Vantur, Maniesh said: "Singing with Iulia was amazing. I think Iulia is a great singer. The notes she can touch goes really high. It's amazing."

Maniesh says recording a song with Iulia, who is rumoured to be in a relationship with the Dabangg star, was a "lot of fun".

How did he come up with an idea to come out with a single?

"I used to like singing. I used to sing for my school and college. I won a lot of competitions there... I never thought taking it up professionally, but yes, I thought why not give it a try. Everybody has been saying that I should sing. So I was like 'Okay, here I am'. I am not a trained singer. I sing passionately," he added.

(Except for the headline, this story has not been edited by NDTV staff and is published from a syndicated feed.)
Comments
maniesh paulsalman khan maniesh paulmaniesh paul iulia vantur