Iulia Vantur On Rumours Of Dating Salman Khan: 'He's A Good Friend, Respect Him A Lot'

"I'm aware of the gossip. Most of it is not true," says Iulia Vantur 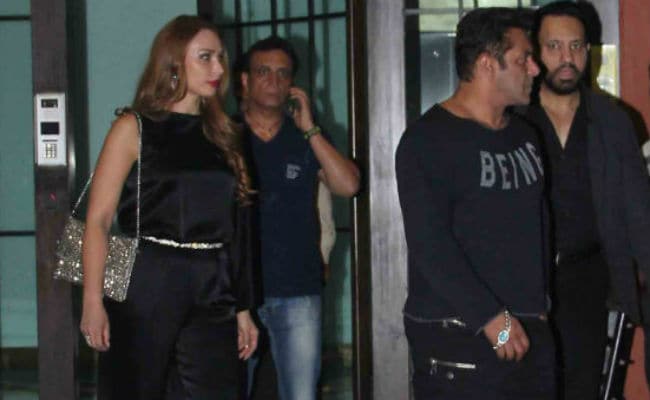 New Delhi: "Salman Khan is a good friend," Iulia Vantur, who is rumoured to be dating the actor, told Times Now. When asked about marriage rumours with Salman, Iulia said, "I'm aware of the gossip. Most of it is not true. But I cannot stop people from spinning stories. I have a lot of respect for Salman. At the same time, I have no idea where life is taking me. Three years ago, I was all about being responsible and making plans, but not everything turns out the way we expect them to. Not everything is our will. What happens was meant to happen," reports Times Now.

Iulia, who is a Romanian TV presenter, also said that Salman Khan is her good friend. She revealed that the Sultan actor guided and encouraged her to sing.

"I had never planned to come to India to work. There was no ambition, no fool-proof plan. Salman is a good friend and he guided me, encouraging me to sing. I never thought that I would be able to sing in Hindi but he supported me. I started singing because of him. I had no plans to be a part of Bollywood but I also like surprises at the same time," Iulia added.

Salman Khan, 52, and Iulia Vantur, 37, have reportedly been dating for some time now and Iulia is often spotted accompanying the Khans at family parties and even on family vacations. Iulia was photographed with Salman, Arbaaz and Sohail Khan on their family holiday in Maldives, last year.

Promoted
Listen to the latest songs, only on JioSaavn.com
On the work front, Iulia is prepping for her music video Harjai, co-starring Maniesh Paul. Salman also shared the first look of the video and posted a sweet message for Iulia and Maniesh.

All the best @vanturiulia and @manieshpaul for your upcoming single #harjai. First look is superb #tseries