Salman Khan in Dharamsala, on His Way to Arpita's Reception in Mandi 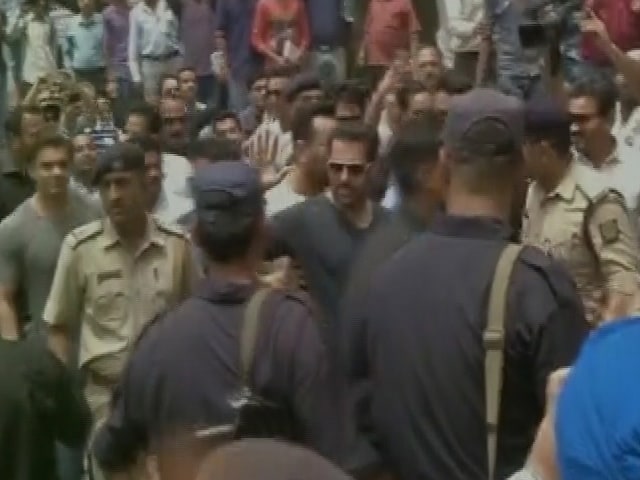 Salman Khan in Dharamsala, snapped on his way to Mandi.

Actor Salman Khan, in sunglasses and his Bajrangi Bhaijaan stubble, was photographed in the hill town of Dharamsala in Himachal Pradesh on Monday afternoon, on his way to attend a belated wedding reception for sister Arpita in Mandi. Mandi is a three-hour drive from Dharamsala.

The reception in Mandi is being hosted by Aayush's family and will be attended by several members of the Khan family.

Over the weekend, Arpita, 25, tweeted that she was excited about part two of wedding celebrations:

Promoted
Listen to the latest songs, only on JioSaavn.com
Salman, the 49-year-old star of films like Dabangg and Kick, returned to Mumbai last week from Kashmir where he was finishing filming his new movie Bajrangi Bhaijaan, co-starring Kareena Kapoor.

Meanwhile, the Bombay High Court will likely decide today whether or not to allow Salman Khan to travel to Dubai for a show later this month. It earlier suspended the actor's five-year jail sentence in the 2002 hit-and-run case.