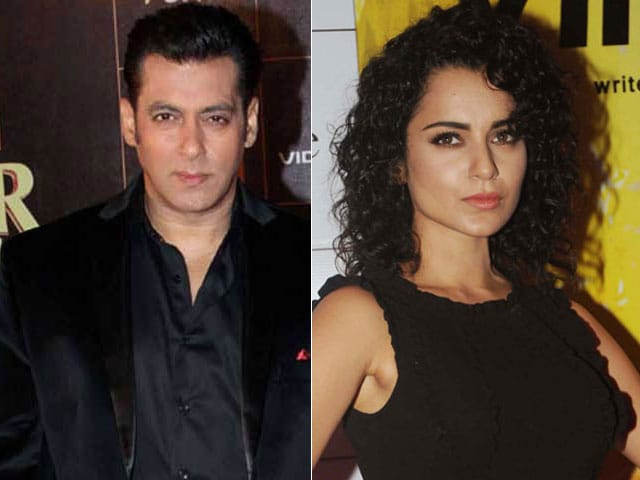 Mumbai: Bollywood actress Kangana Ranaut, who is gearing up for the release of Katti Batti, said that she is glad that Salman Khan suggested her name for the film.

When Kangana was asked about how Salman convinced her to play the role of Payal in Katti Batti, she said: "Salman didn't have to convince me, but he called me to tell me about the script of Katti Batti.

"I'm glad that he did that because after Queen, I was flooded with offers for women-centric films, and I was giving them priority as well. I don't think I would have given it a thought," added Kangana.

The Queen actress also said that Salman is her friend and she trusts him. "When he asked me to hear the script, I agreed. And after hearing the script in one second I said 'yes'," said Kangana. (Also Read: Revealed: The Reason for Salman's Late-Night Call to Kangana)

In Katti Batti, Kangana portrays the character of a fun-loving, bold and open minded girl. However she said that her role in Katti Batti is different from Tanuja which she played in her previous release Tanu Weds Manu Returns.

"Nobody is like Tanuja Trivedi in this whole world. Payal is a different character. Her life is not that exciting as Tanuja's. But yes, she is one of those people who I identify with," she said.

"She looks very strong and bold from outside but she is actually very soft and emotional . Payal is a very cute character but is completely misunderstood," she added.

Directed by Nikhil Advani, Katti Batti is scheduled to release on September 18.