Salman Khan and Ranveer Singh in Dhoom Reloaded? Is This Happening? 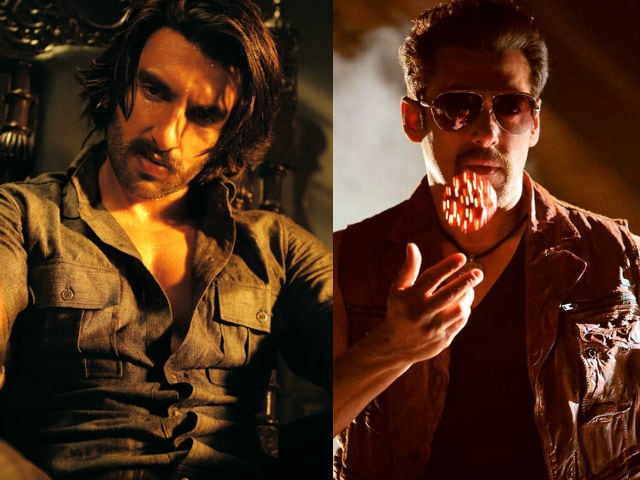 Ranveer Singh in a still from Gunday and Salman Khan from Kick.

New Delhi: The Dhoom franchise is all set to be rebooted - we know this from Yash Raj Films' blockbuster announcement last December. The latest 'ent-elligence' report names the cast - actors Ranveer Singh and Salman Khan are apparently being considered as the protagonist and antagonist respectively in Dhoom Reloaded.

A report in DNA quotes a source as saying: "Aditya Chopra wants Dhoom Reloaded to be a film for the youth. Who better to play the dashing hero than Ranveer Singh, YRF's current blue-eyed boy? Talks are on for Salman Khan to play the negative role so if both get finalised, it will be Salman and Ranveer for India's most successful franchise."

Salman, 50, recently expressed his desire to work in a film which offers him a full-fledged negative role. He has also reportedly been in talks with YRF to star in the next Dhoom film on the proviso that he gets the same profit sharing ratio which his superstar friend Aamir Khan had received for Dhoom: 3.

Both Salman Khan and Ranveer Singh have been previously associated with Yash Raj Films. Salman's next film Sultan, directed by Ali Abbas Zafar, is also backed by YRF and his first film with them was the 2012 blockbuster Ek Tha Tiger. Sultan also stars Anushka Sharma and will hit the screens on Eid.

The three Dhoom films that have been made so far starred Abhishek Bachchan and Uday Chopra as a crime-fighting team in pursuit of the villains played by, in order of film, John Abraham, Hrithik Roshan and Aamir. Female leads, in reverse order, include Katrina Kaif, Aishwarya Rai Bachchan, Bipasha Basu, Esha Deol and Rimi Sen.

Back to Dhoom Reloaded - the film will reportedly go on floors next year and will be directed by Dhoom: 3's Vijay Krishna Acharya.

Can't wait to hear more about Dhoom Reloaded? Neither can we.

Till then, keep calm and watch the teaser: