"Chulbul Pandey coming to you on December 20," wrote Salman Khan 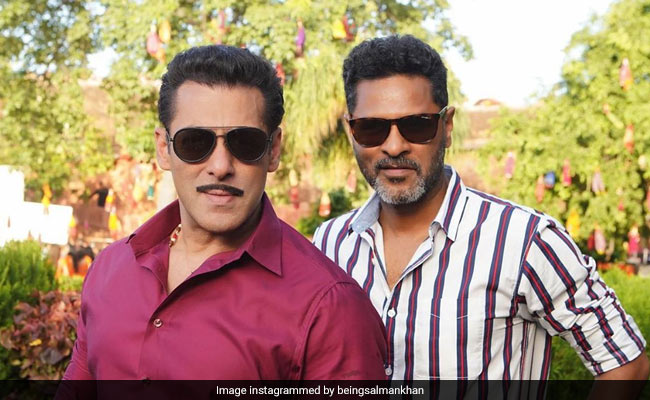 It's time for Salman Khan fans to revise their film calendars. Why, you ask? Well, the actor finally announced the release date of his forthcoming film Dabangg 3 on Instagram and his fans can't keep calm. On Wednesday, Salman posted a picture of himself along with Prabhu Deva, who will direct the film. In the photograph, the duo can be seen wearing black sunglasses and their swag is off the charts. Salman captioned the post: "Chulbul Pandey coming to you on December 20." In his post, the 53-year-old actor also revealed that besides Hindi, Dabangg 3 will also release in Kannada, Tamil and Telugu.

Salman Khan keeps his Instafam engaged by posting images from the sets of Dabangg 3 on his Instagram profile. The actor, who was recently shooting in Jaipur for the film, shared a video along with a camel. He captioned the post: Dabangg 3 shoot in Rajasthan with Sultan." ICYMI, this is the post we are referring to:

Dabangg 3 is the third installment of the popular Dabangg series that featured Salman Khan as a cop named Chulbul Pandey. The film will also feature Sonakshi Sinha, who reprises the role of Rajjo, Mahesh Manjrekar's daughter Saiee and Pramod Khanna, brother of late actor Vinod Khanna, who will take over the role of Prajapati Pandey.