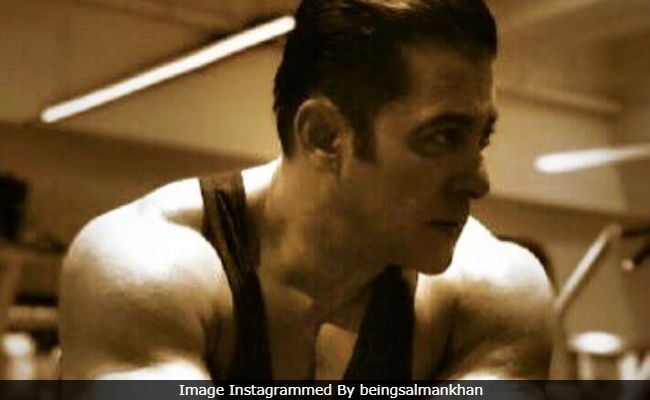 Over the weekend, superstar Salman Khan accepted Union Minister Kiren Rijiju's fitness challenge and treated his Instafam to his workout and cycling video. This morning, Salman shared a picture of himself, which appears to be taken at a gym, to post about Swachh Bharat and Hum Fit Toh India Fit campaigns. "Swachh Bharat toh hum fit... hum fit toh India fit.... then you can do whatever you want to do man... but don't trouble your motherland," Salman Khan, 52, captioned his post. The 'don't trouble your mother...' is Salman's infamous dialogue which he uses on the reality show Bigg Boss. He was nominated for the Swachh Bharat campaign by Prime Minister Narendra Modi.

Swachh Bharat toh hum fit... hum fit toh India fit.... then u can do whatever u want to do man.. but don't trouble your motherland .

Fabulous campaign by sports minister #RajyavardhanRathore on #HumFitTohIndiaFit. I accept #FitnessChallenge of #KirenRijiju . Here is my video ...

The fitness challenge is a social media campaign started by Union Minister Rajyavardhan Singh Rathore. PM Modi and other prominent personalities like Virat Kohli, Anushka Sharma, Deepika Padukone, Hrithik Roshan, Saina Nehwal, PV Sindhu and others have taken it up.

Meanwhile, Salman Khan is currently in Malta to shoot for his forthcoming film Bharat. He has been accompanied by mom Salma Khan, sister Alvira and brother-in-law Atul Agnihotri, also the co-producer of Bharat.

From Malta, Salman shared these posts with the 'love of his life' - his mom.

Bharat stars Salman opposite Katrina Kaif. The film is directed by Ali Abbas Zafar. Salman plays the role of a daredevil stunt motorcyclist. Bharat is based on a circus sequence. It also stars Disha Patani, Nora Fatehi and Tabu.

Bharat is expected to release on Eid 2019.