Salman and Arbaaz Khan Are Working on Dabangg 3 Script 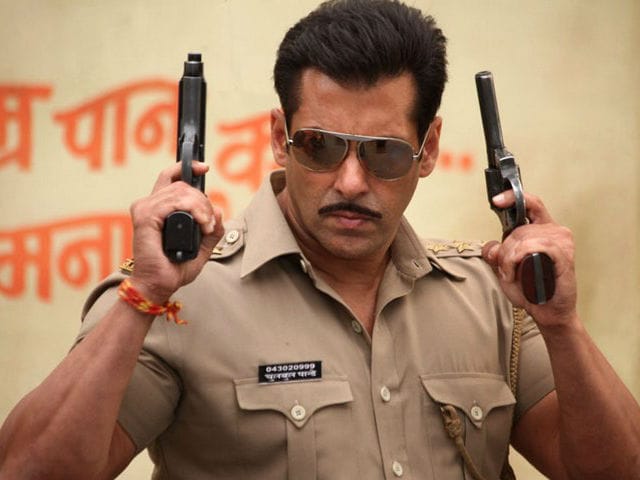 A still from Dabangg 2.

Mumbai: Actor-turned-director Arbaaz Khan said he was waiting for his brother Salman Khan to give him dates for Dabangg 3.

"This is the man (Salman) who will give me the window (dates) otherwise he will show me the door," Arbaaz said.

Dabangg (2010), in which Salman had played the lead, marked the Bollywood debut of Sonakshi Sinha. The film produced by Arbaaz Khan and directed by Abhinay Kashyap was a blockbuster.

In its sequel the Bajrangi Bhaijaan actor and Rowdy Rathore actress reprised their roles. It was directed and produced by Arbaaz. Now the third part of Dabangg is being planned.

On the occasion, Salman said in a lighter vein, "Why did you (media) remind him (Arbaaz) about the film. He had forgotten about Dabangg 3. But yes, we are working on the script."

Of his character in Freaky Ali, Arbaaz said, "I play Maqsood in the film who is a side kick. He is a gangster, a petty thief, extortionist and when Ali (Nawazuddin's character) is in trouble, he helps him. Ali and I share up and down equation."

Freaky Ali is set to be released on September 9.