"Today I take a leap into the world of Salaar," wrote Prabhas 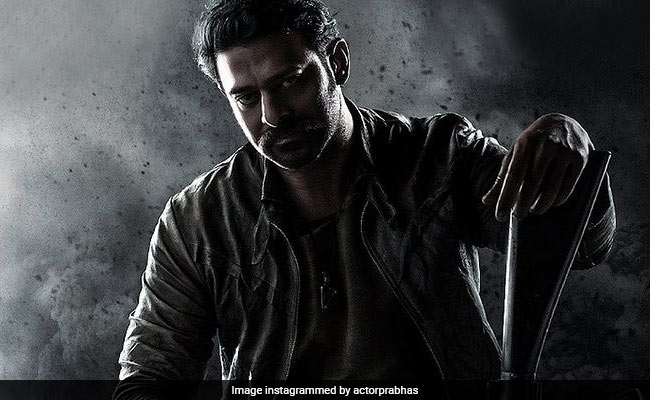 Baahubali star Prabhas surprised his fans on Wednesday afternoon by sharing details of his new project. The actor shared a poster from his forthcoming project Salaar, which will be directed by Kannada hit KGF's director Prashanth Neel. The film is going to be an action saga and it will be produced by KGF producer Vijay Kiragandur. Announcing the project on social media, Prabhas wrote: "Today I take a leap into the world of Salaar." He revealed that the film's shooting will begin from January 2021. "An Indian film by Hombale Films," he added. In the poster, Prabhas can be seen sporting an intense look and the text on the poster read: "The most violent men... Called one man... The most violent. Prabhas in and as Salaar."

Ahead of the big announcement, Hombale Films, the production house that is backing the film, shared a post that read: "Dear Audience, you always loved our cinema more than us. To continue to love and to be loved, we are coming with our next "Indian Film". Keep your heart open for our announcement on December 2 at 2:09pm."

Prabhas, known for his work in SS Rajamouli's Baahubali series of films, has a super busy schedule ahead. Other than Salaar, the star will be seen alongside Deepika Padukone in Nag Ashwin's next. He has also Radha Krishna Kumar's Radhe Shyam, co-starring Pooja Hegde in the line-up. Prabhas will also feature in Om Raut's Adipurush, co-starring Saif Ali Khan. The actor was last seen in the 2019 action-thriller Saaho, in which he co-starred with Shraddha Kapoor.