"Sara has my best wishes at all times, and for everything, she's my daughter," Saif said in an interview 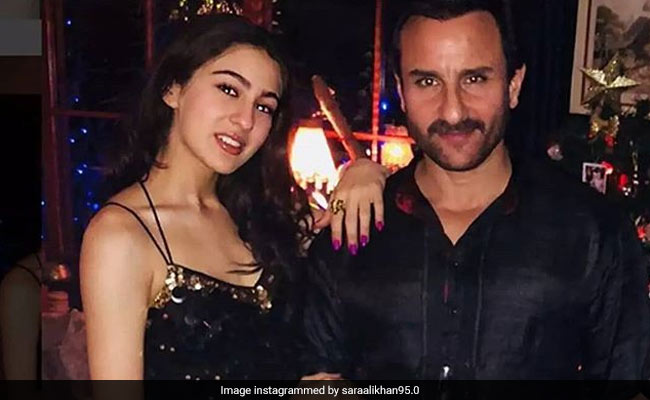 Saif Ali Khan, who starred in the 2009 Love Aaj Kal, opened up about his reaction to the new film's trailer, starring his daughter Sara Ali Khan and actor Kartik Aaryan. Speaking to Zoom, Saif began by saying "I still remember shooting for Love Aaj Kal" and then confessed: "I kind of liked my trailer more. So... uh... what to say. But I wish them all the best." Saif Ali Khan co-starred with Deepika Padukone in the first Love Aaj Kal movie, which was directed by Imtiaz Ali, who helms the new one as well. Love Aaj Kal marks Sara's third film in the industry after Kedarnath and Simmba.

In a separate interview to Indian Express, Saif Ali Khan was asked if the movie made him take a trip down memory lane to his Love Aaj Kal days when he said: "Not really because I somehow feel our film is not some ancient kind of movie. Sara has my best wishes at all times, and for everything, she's my daughter. Bless them all and I wish them all the best."

Speaking about the new Love Aaj Kal earlier, Saif had told Hindustan Times in an interview that the franchise is "not his legacy": "I don't think Love Aaj Kal is my legacy at all... I don't think of it as Sara taking the franchise forward. That's an interesting thought, which I hadn't thought before. I think if anything, it's Imtiaz's franchise and his legacy that perhaps he is taking forward, I was just a part of it."

The trailer of the new Love Aaj Kal movie introduces a third character - actress Arushi Sharma, who features in an entirely different love story, one that is set in 1990. Sara and Kartik have somewhat of a complicated relationship in their 2020 love story.

Love Aaj Kal is scheduled to open in theatres on February 14 this year.