Saif Ali Khan says he doesn't see any relation between the two movies. 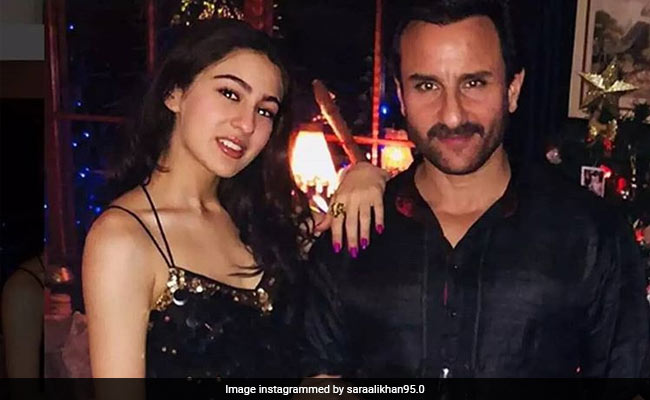 This day, 10 years ago, Imtiaz Ali's Love Aaj Kal, starring Saif Ali Khan and Deepika Padukone, opened in cinemas and now, Saif's daughter Sara Ali Khan is filming for its sequel along with actor Kartik Aaryan. When Hindustan Times asked Saif Ali Khan how he feels about Sara taking 'his legacy' (of Love Aaj Kal) forward, the 48-year-old actor said, "I don't think Love Aaj Kal is my legacy at all... I don't think of it as Sara taking the franchise forward. That's an interesting thought, which I hadn't thought before. I think if anything, it's Imtiaz's franchise and his legacy that perhaps he is taking forward, I was just a part of it."

"If Sara is a part of it, I see no relation between the two movies. Maybe that's because I don't view the profession as legacy-based. I just think she is a really interesting personality onscreen. Sara is very smart, and got her own lovely ideas about things, so it's refreshing to talk to her," Saif added.

Saif Ali Khan, who is currently gearing up for the second season of Sacred Games also said that he doesn't think that Love Aaj Kal 2 is related to the 2009 film story-wise. "I don't see it as a continuation... If it had been, I think that's a producer's thought, and I probably would have produced it for her or something like this. That's just not how it has come about," said Saif Ali Khan.

Sara is the elder of Saif Ali Khan's two children from wife Amrita Singh. Sara debuted in Bollywood with 2018 film Kedarnath  and followed it up with Simmba opposite Ranveer Singh.