Love Aaj Kal Trailer: Sara Ali Khan and Kartik Aaryan will have you glued to the screen 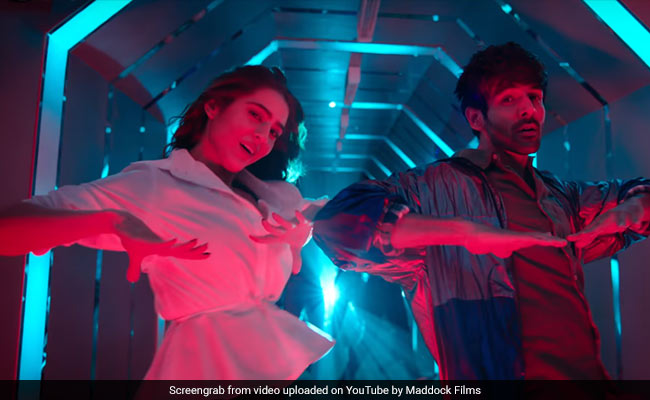 Sara Ali Khan and Kartik Aaryan's Love Aaj Kal trailer is quirky, funny, dramatic and taut. While sharing the trailer on Twitter, Kartik wrote: "Ana toh puri tarah aana... ya toh ana hi maat (If you want to be here, then do so wholeheartedly, otherwise don't be here at all) - something that makes sense once you watch the trailer. Sara and Kartik's Love Aaj Kal is kind of similar to that of the original film in a sense that the film incorporates two parallel love stories separated by time - as in the original in which Saif Ali Khan played the male protagonist in both love stories, Kartik stars in the two separate tracks here. One is set in 2020, featuring Kartik and Sara (the Aaj) and the other one is set in 1990, starring Kartik and actress Arushi Sharma (the Kal)."

The Kartik Aaryan of now and the Kartik Aaryan of the '90s are head over heels in love with his respective heroines - Zoe, played by Sara, and Heer, played by Arushi. In the first chapter from Kartik (Veer)'s love story, he falls in love with Heer but it appears is not accepted by her family. In Veer's dating life 2.0, he gives his heart to Zoe, who is too focused on her career to be distracted by emotions and feelings. "Jiss moment tumhe lage main tang kar raha hun... main chala jayunga," Veer assures Zoe and they embark on a whirlwind journey of romance.

It's not long before that Zoe realises that she can't balance her work and personal life and wants out. That's when Veer cuts her loose with these words: "Ana toh puri tarah aana... ya toh ana hi maat," just like he had told Heer in the 1990 love story.