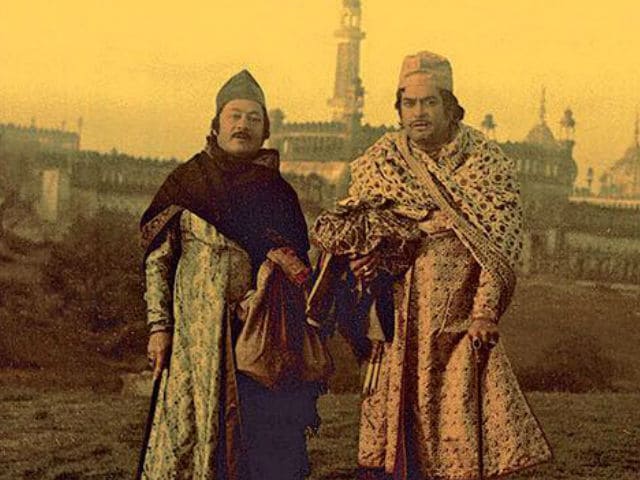 New Delhi: Actor Saeed Jaffrey has died at the age of 86. His niece Shaheen wrote on Facebook: "Today, a generation of Jaffreys has passed away. Saeed Jaffrey has joined his brothers and sister and is rejoicing in the lap of his Heavenly Father, eternally." (Also Read: Saeed Jaffrey, Film Star and Shakespearewallah. A Passage From India)

Saeed Jaffrey was a multifaceted actor whose flair & versatility will always be remembered. Deepest condolences on his passing away: PM

Goodbye dear Sayeed. Started my career with u in Masoom. Cant forget ur kindness n enthusiasm for your art n others. https://t.co/NFlWdNIhl0

Mr Jaffrey starred in acclaimed films like Satyajit Ray's Shatranj ke Khiladi, for which he won the Filmfare Award for Best Supporting Actor and Sai Paranjpye's Chashme Baddoor. He was very well-known abroad, having appeared in several international movies including Gandhi and A Passage To India as well as on the TV shows Tandoori Nights, The Far Pavilions and The Jewel In The Crown. His co-stars include Sean Connery, Michael Caine and Pierce Brosnan.

Saeed Jaffrey was born in Malerkotla, Punjab and studied at Aligarh Muslim University, the Wynberg Allen School and Allahabad University. He started his career on stage, setting up a theatre company of his own in New Delhi. He later went to the Royal Academy of Dramatic Art or RADA in London.

Saeed Jaffrey was the first Indian to receive the Order of the British Empire or OBE.

He was married to actress-author Madhur Jaffrey, with whom he had three children. His daughter Sakina is a well-known actress. He and Madhur Jaffrey divorced in 1965 and he later married casting director Jennifer Sorrell in 1980, remaining married to her until his death.