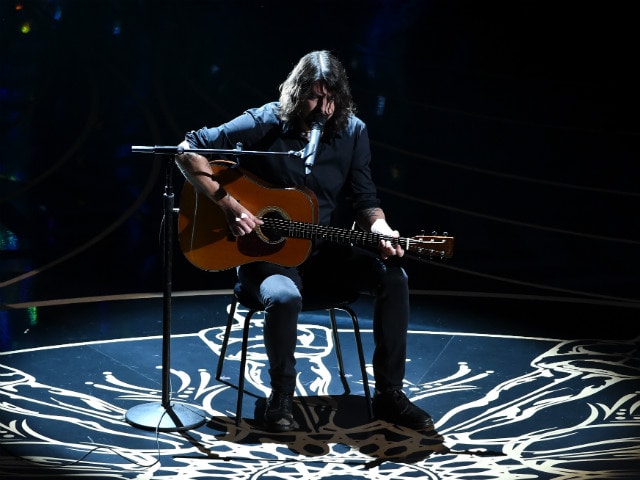 A montage played out as Foo Fighters' frontman Dave Grohl took to the stage to perform a soulful tribute. He sang Blackbird singing in the dead of night, take these broken wings and learn to fly, The Beatles' hit Blackbird. (Also Read: Oscars 2016: Complete List of Winners)

Mr Jaffrey, one of the first Indian actors to successfully establish a career in both Hindi cinema and British movies, died at the age of 86 late last year.

Both Mr Rickman and Mr Bowie, British cinema and music's greatest icons, succumbed to cancer at the age of 69 recently.

The Godfather star Abe Vigoda, They Live actor Roddy Piper and singer-actor Glenn Frey were however, excluded from the In Memoriam, following which Twitter was flooded with reactions from netizens.

"In all seriousness, shame on the Academy for snubbing actor Roddy Piper during the In Memoriam segment," wrote one fan on Twitter.

"Glenn Frey was amazing in Jerry Maguire. Why was he left off the #Oscars in-memoriam?" questioned another user.

"I'm disappointed in the Oscars. The year when Abe Vigoda actually dies and they don't put him in the In Memoriam video. #Oscars," read another post.