Sadak Had The Eunuch Maharani; Sadak 2 Will Have A Godman, Played By Makarand Deshpande 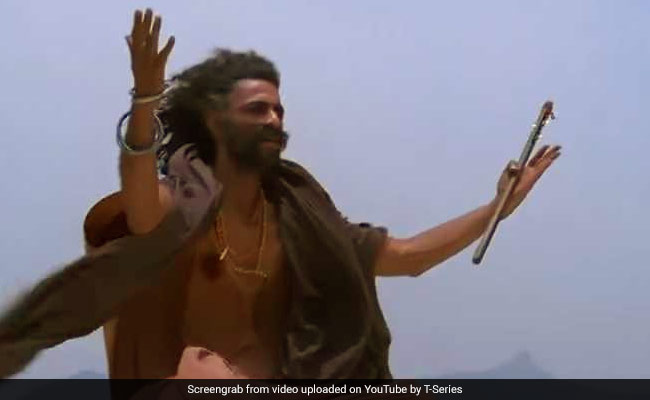 Makarand Deshpande in a still from Swadesh. (Image courtesy: YouTube)

Actor Makarand Deshpande, who is known for his excellent work in Swadesh, Sarfarosh and Satya, has joined the team of Mahesh Bhatt's Sadak 2, which features Alia Bhatt, Sanjay Dutt, Aditya Roy Kapur and Pooja Bhatt, reported Mumbai Mirror. A source close to the project told Mumbai Mirror: "It is an intense and challenging role, and Makarand has already started acting workshops with Bhatt saab. Like Maharani, played by Sadashiv Amrapurkar in the Sanjay Dutt, Pooja Bhatt-starrer Sadak, a unique look is being designed for him in the sequel." Apart from Makarand Deshpande, Gulshan Grover will also play the role of antagonist in the film. In one of her posts on social media on April 26, Pooja Bhatt (daughter of Mahesh Bhatt) announced that their favourite 'Bad Man' Gulshan Grover becomes the first actor to receive the final script of Sadak 2.

Bound & delivered! Delightful that our favourite 'Bad Man' @GulshanGroverGG becomes the first actor & cast member of #Sadak2 to receive the final draft of the script Thank you @SenguptaSuhrita for working tirelessly with @MaheshNBhatt to ensure his vision came to fruition! pic.twitter.com/aohVF6l69p

Sadak 2 stars Aditya Roy Kapur and Alia Bhatt in pivotal roles. It will reportedly showcase Alia Bhatt's journey of exposing a fake guru, who runs an ashram. The film is the sequel to Sadak, which was released in 1993. The original film featured Pooja Bhatt, Sanjay Dutt, Deepak Tijori, Sadashiv Amrapurkar, Avtar Gill and Neelima Azeem.

It has been reported that Sanjay Dutt, who played the role of taxi driver Ravi in the original film, will reprise his role but this time as a 54-year-old man who accompanies Alia Bhatt on her journey. Sanjay Dutt has reportedly started preparation with Mahesh Bhatt for his role.

Sadak 2, which will be directed by Mahesh Bhatt and produced by Mukesh Bhatt, will reportedly go on floors on May 18 and it is scheduled to hit the screens on March 25 next year.