Alia Bhatt said, "I felt him cry and I broke out of the moment for a second and was like 'That's my Dad crying, I can't see him cry'." 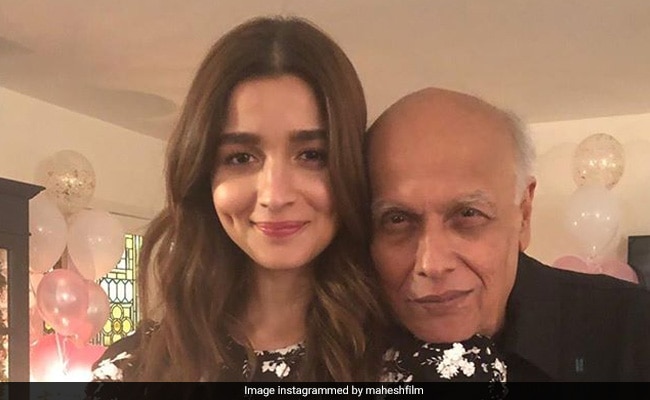 Actress Alia Bhatt, who is working with her father Mahesh Bhatt for the first time in Sadak 2, recounted an incident from the shooting when the director started crying after watching Alia cry in a scene, reports news agency PTI. Speaking at the Jio MAMI Movie Mela with Star event over the weekend, Alia Bhatt said, "I was doing an emotional scene and I didn't plan to cry but I just started crying. He started crying while I was and I felt him cry and I broke out of the moment for a second and was like 'That's my Dad crying, I can't see him cry' and I started crying even more." Sadak 2 is the sequel to Mahesh Bhatt's 1991 film Sadak, which featured his elder daughter Pooja Bhatt and actor Sanjay Dutt in the lead roles. Sanjay Dutt and Pooja Bhatt return to the franchise along with new addition Aditya Roy Kapur.

At the Jio MAMI event, Alia Bhatt said that till date she's confused if she has managed to develop the director-actor relationship with Mahesh Bhatt "or is it still that he's my father?" PTI was quoted as saying, "I am still confused and I think by the end of the film I will realise what was our director-actor relationship. But he is an absolute delight to work with. It's unbelievable how clear he is. His energy transcends all of us. He could be having high fever but he just doesn't stop. He is so generous with actors. He doesn't sit behind the monitor. He's just behind the camera, near the actors."

Alia Bhatt added that her biggest takeaway from Sadak 2 is the fact that it gave her time to bond with her father. "This is that one film I don't care about the outcome. The joy that I had to be connected with my father, to work with him, he's like a new born baby on set. It's just amazing," said Alia Bhatt.

Apart from Sadak 2, Alia Bhatt has plum projects like Brahmastra and SS Rajamouli's RRR in the pipeline.