Ganesh Gaitonde is dead but there's more to his story, which Sartaj Singh is hell-bent on exploring. 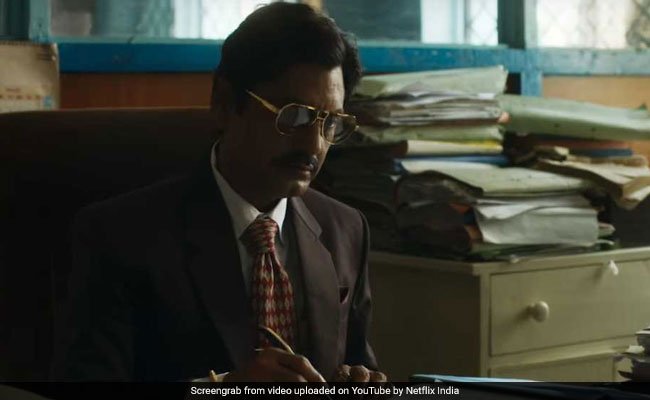 There's more to Ganesh Gaitonde's (Nawazuddin Siddiuqui) story, which will be explored in the second season of popular web-series Sacred Games. The trailer of the show's second season dropped on the Internet today and it will keep you hooked till the very end. Inspector Sartaj Singh (Saif Ali Khan) learns that notorious gangster Ganesh Gaitonde is dead at the end of the first season after a series of bizarre events. Sartaj is now tasked with putting together pieces of a puzzle, which Ganesh Gaitonde has left behind to figure out the details of the 'war' which is on the doorstep. In a brief segment, Ganesh Gaitonde confesses that he underestimated 'the game' and says it's bigger than anyone including himself.

New characters Kalki Koechlin, Pankaj Tripathi and Ranvir Shorey also appear in the trailer but for now, it appears that the main story will be told through Gaitonde's perspective and Sartaj's investigation.

In the second season, Neeraj Ghaywan (director of Masaan) replaces Vikramaditya Motwane as the co-director of the series. Anurag Kashyap returns to the director's chair.

The filming of Sacred Games 2 started in November 2018 with Nawazuddin Siddiqui in Nairobi and Kenya while with Saif Ali Khan in Mumbai. Neeraj Ghaywan has filmed Saif Ali Khan's plotline while Anurag Kashyap has directed Nawazuddin. The filming completed in February this year and the series' teaser introducing the new cast, also including Shobita Dhulipala (Made In Heaven actress), released in May.

The show, based on Vikram Chandra's 2006 novel of the same name, premieres on Netflix on August 15.