Nawazuddin Siddiqui Reunites With Netflix For The Adaptation Of Serious Men

Serious Men will showcase the story of slum dweller, who cons the world into believing his dim-witted 10-year-old son is a genius 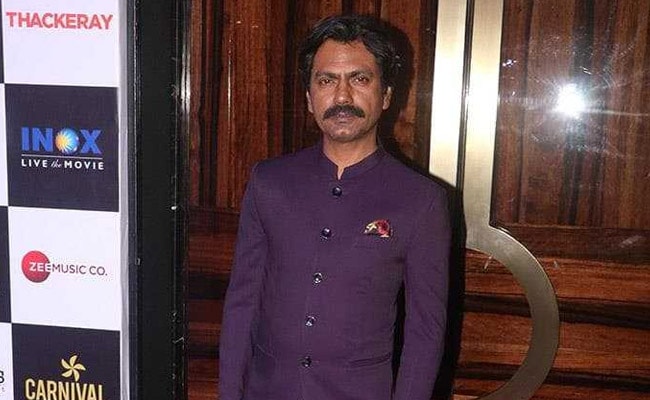 After being a part of the super hit web-series Sacred Games, Nawazuddin Siddiqui is all set to collaborate with Netflix India once again. The 45-year-old-actor will soon be seen in Netflix's film titled Serious Men. The film is an adaptation of Manu Joseph's book of the same name and it will be helmed by Sudhir Mishra, who is best-known for directing films such as Chameli, Hazaaron Khwaishein Aisi, Traffic Signal and Inkaar among others. Serious Men will be produced by Bombay Fables and Cineraas Entertainment.

Serious Men will showcase the story of street smart slum dweller named Ayyan Mani, who cons the world into believing his dim-witted 10-year-old son is a genius.

Speaking of his association with Serious Men, Nawazuddin Siddiqui said in a statement that he is excited to be a part of the project. "I am very excited to be a part of Netflix's Serious Men and work with a creative mind like Sudhir Mishra. This is my second stint with Netflix after Sacred Games and I hope that people give Ayyan Mani (the name of his character in Serious Men) the same love that they extended to Ganesh Gaitonde (from Sacred Games)."

On the work front, Nawazuddin Siddiqui awaits the release of Netflix's we-series Sacred Games 2 , in which he plays the role of a gangster named Ganesh Gaitonde. The actor's last release was Photograph, co-starring Sanya Malhotra. Nawazuddin's line-up of films includes Bole Chudiya and Raat Akeli Hai.