Photograph: This low-key dramedy is a disappointment, coming from the director of the delightful The Lunchbox. 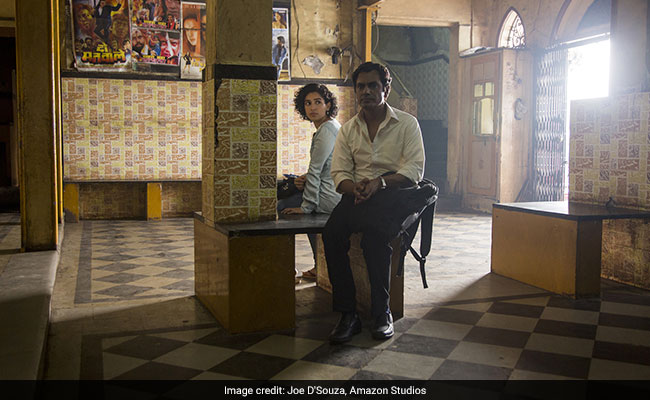 When filmmaker Ritesh Batra wrote the screenplay for his well-received 2013 feature debut, The Lunchbox - a bittersweet romantic dramedy about a middle-aged Mumbai office worker and the young woman who, miles away, prepares his hand-delivered lunches - he wrote on the first page of the script, "Less is more." It's a mantra that has, seemingly, guided the Indian-born director through his two English-language follow-ups to that film: The Sense Of An Ending and Our Souls At Night.

And it's a principle that, in Batra's latest Mumbai-set romance, Photograph, he carries to an exquisite - if also, at times, maddeningly attenuated - degree.

The setup sounds like the premise of a Hollywood (not to mention Bollywood) rom-com: After a 40-something street photographer named Rafi (Nawazuddin Siddiqui) takes a picture of a pretty young accounting student named Miloni (Sanya Malhotra), he tracks her down and invites her to act as his girlfriend, just long enough to appease his meddlesome, matchmaking granny (Farrukh Jaffar), who is visiting from the sticks.

It's exactly as far-fetched as it sounds and is heading in the exact direction you think it is. But Malhotra and Siddiqui, who played a charming supporting role in The Lunchbox, do their darnedest to make the silly proposition plausible - by doing as close to nothing as possible.

If this were a film by any other filmmaker, Rafi and Miloni would be married already, in the time it takes them to, ever so tentatively, touch hands. Here, it isn't even made clear what Rafi says to Miloni to persuade her to participate in the ruse. Everything is so low key - dialogue, plot, performance - that it briefly crossed my mind to wonder whether a chunk of the film could have been missing.

There is a sweetness, however, to the two halves of this oddest of odd couples - which is probably not the right word for them - but Rafi and Miloni are, in some ways, kindred spirits. In other words, they're out of step with the rest of the world in a way that puts them in step with each other, like dancers swaying to a rhythm that no one else can hear. They have many differences: he's easily 20 years her senior, a dark-skinned rural-born Muslim living in a dump with several other financially struggling grown men; she's a light-skinned beauty from a comfortable middle-class Hindu family with a maid, and she has bright career prospects.

What exactly do they see in each other? Who knows?

Batra, who wrote the screenplay with Emeara Kamble, provides few definitive answers and even fewer vague clues, withholding so much information that "Photograph" seems especially aptly titled, given that so much of what might help a viewer understand its context seems to take place just outside of the frame.

The performances are lovely, including Jaffar's unforced comedic turn. And Batra's implicit critique of moviemaking hogwash - Rafi tells his grandmother that Miloni's name is Noorie, after the heroine of a 1979 Bollywood classic of the same name - is a welcome look askance at romantic fantasy. But "Photograph" goes a little too far in implementing Batra's favored style of storytelling. Sometimes, less isn't more, but - as in this case - not quite enough.

Two stars. Rated PG-13. At area theaters. Contains some mature thematic elements. In Hindi and some English with subtitles. 110 minutes.