Nawazuddin crunched some numbers and figured out that his 1 hour 54 minutes-long movie can be watched over around 1,400 number of times in a day but on planet Venus 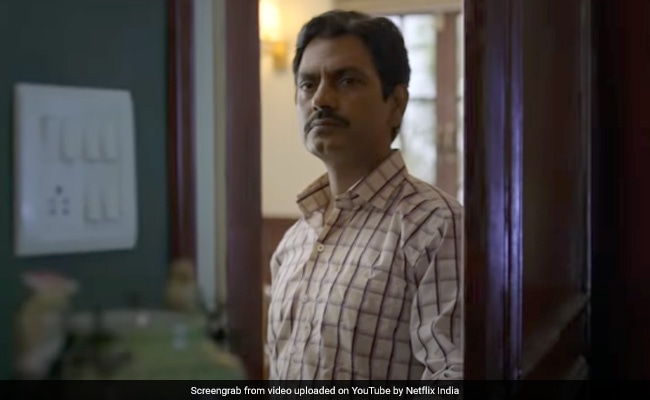 Nawazuddin Siddiqui in a still from Serious Men (courtesy YouTube)

Nawazuddin Siddiqui's new film Serious Men hit Netflix last week and the actor just discovered a fun fact about the movie. In a tweet on Friday, Nawazuddin crunched some numbers and figured out that his 1 hour 54 minutes-long movie can be watched over around 1,400 number of times in a day but one will require an interplanetary trip for that. A day in Venus equals to some 2,800 earth hours - do the math. Now, The Weather Channel had to be a kill joy and add more trivia to add to Nawazuddin's discovery to rain on his parade. "But spending a day on planet Venus is equal to spending half a year! Yes, a day on Venus is equal to 2,802 Earth hours, while a year on Venus is 5,390 Earth hours. So, if you watch Serious Men 2,695 times on Venus, you will complete a whole year!" read The Weather Channel's ROFL tweet.

"This is the problem with Serious Men," Nawazuddin said in response, using a dialogue from the movie. Serious Men is an adaptation of Manu Joseph's book of the same name - Nawazuddin plays the role of a street smart slum dweller named Ayyan Mani, who aims to rise to the ranks of the 'Serious Men', who sit in offices and order around the likes of him, and who despises them at the same time.

Here's a good dose of laughter for you:

An average day on Venus is 2800 hours. That means you can watch "Serious Men" 1400 times in a day on Venus. #SeriousMenpic.twitter.com/SEVfzQr2Mx

"This is the problem with Serious Men" https://t.co/xpDV0AEACJ

Directed by Sudhir Misra, Serious Men tracks the story of Ayyan Mani, who cons the world into believing his 10-year-old son is a prodigy. Child actor Aakshath Das plays the role of his son. The NDTV review of Serious Men described the film in these words: "Serious Men is a portrait of a minefield of a society delivered with a lightness of touch that enhances its acuity. More than just watchable, the film offers the audience much to mull over."