In Serious Men, Nawazuddin plays the role of a street smart slum dweller named Ayyan Mani, who cons the world into believing his 10-year-old son is a prodigy. 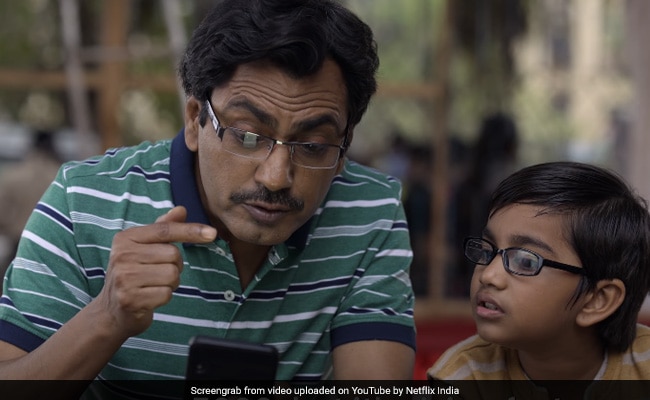 Nawazuddin Siddiqui and child actor Aakshath Das prove to be a sprightly combination in the trailer of upcoming Netflix film Serious Men. It's an adaptation of Manu Joseph's book of the same name. In Serious Men, Nawazuddin plays the role of a street smart slum dweller named Ayyan Mani, who cons the world into believing his 10-year-old son is a prodigy. The trailer begins with Nawazuddin's far sighted plan for being successful or joining the ranks of the 'Serious Men', who sit in offices and order around the likes of him. "Life mein 2G se 4G tak pahunchne ke liye, bohot kuch karna padta hai (In life, one has to do a lot to become a 4G from a 2G)," Nawazuddin wrote in his tweet, which is better explained in the trailer.

Nawazuddin believes that it takes four generations to be successful and he represents the second generation - 2G - in the race. He cons his way into portraying his son, played by Aakshath Das, as a combination of "Junior Abdul Kalam" and an Einstein in the making until fate intervenes and his plans come crashing down. As he fears getting exposed, he threatens a 'Serious Man' to keep his secret under wraps "For the sake of science."