Serious Men Review: Nawazuddin Siddiqui Holds The Fort As Only He Can

Serious Men Review: Sudhir Mishra's first-ever adaptation of a published book is no mean cinematic achievement - it is at once funny, sardonic, bitter, insightful and pugnacious. 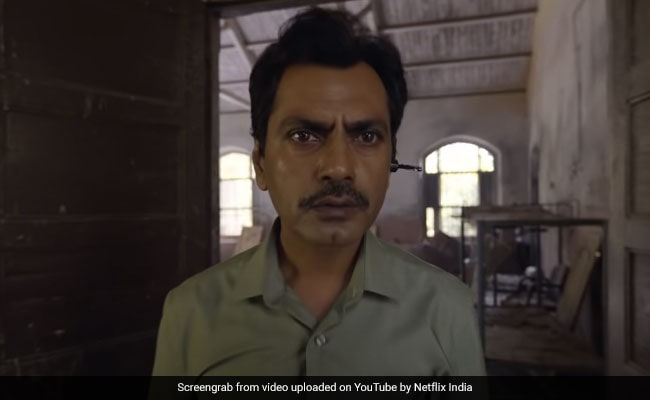 Ayyan Mani, the anti-hero of Serious Men, is a Dalit Tamil migrant. He lives in a one-room tenement in a Mumbai residential cluster. In the last years of British rule, these chawls served as a jail. For the protagonist, the dark, dank home he shares with his wife and ten-year-old son is still very much a cage.

Ayyan, interpreted in a magnificently nuanced manner by Nawazuddin Siddiqui, is determined not to let his son Adi (confident newcomer Aakshath Das) languish in drudgery and to disavow his wife Oja (Indira Tiwari) of the grouse that nothing ever goes right for them. The hell-hole Ayyan is in is both physical and psychological. It reminds him of the oppression his family of manual scavengers endured for generations. He hatches an audacious plan to wiggle out.

The story of Ayyan Mani is funny and poignant in equal parts. Veteran director Sudhir Mishra's lively take on it taps into both the biting satire and the bristling rage of Manu Joseph's novel (Serious Men, 2010) even as the screenplay by Bhavesh Mandalia and Abhijeet Khuman deviates appreciably from the written text.

Ayyan has a stable, salaried job at the prestigious National Institute of Fundamental Research. He is a personal assistant to a high-handed, self-absorbed Brahmin astrophysicist, Arvind Acharya (Nassar), one of the "serious men" of the title. Ayyan has no love lost for him. There's good reason for his hostility.

Acharya is in a clandestine affair with an attractive young researcher - the dalliance is, of course, an open secret among the scientist's subordinates - while he works on a project to send balloons into outer space in quest of microbes in the stratosphere.

To return to Ayyan's story, he moved to Mumbai with his father. He went to school, the first boy in the family to do so. He understands the value of education. But the history of atrocities heaped on his community still haunts him. He is desperate to give his son a leg-up so that the boy can have a shot at a better life.

If that sounds like the kernel of a powerful caste-themed tale, it definitely is. It is another matter that Serious Men does not exactly straddle the theme in its entirety - and its full complexity. It settles for what is essentially a father-son drama situated in the context of India's caste dynamics. Within that narrow ambit, the film works perfectly well. 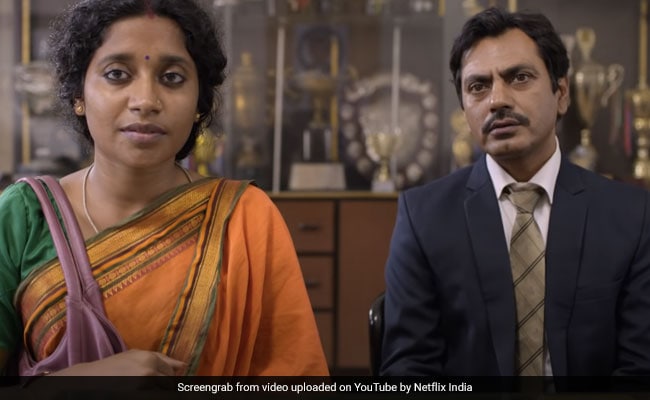 Serious Men takes into its sweep an over-zealous electronic media, an education system caught in the merit versus reservation debate, and political opportunism, represented by a Dalit leader Keshav Dhawre (Sanjay Narvekar) and his daughter Anuja (Shweta Basu Prasad), a Carnegie Mellon grad ready to take the family legacy forward.

Besides an election ticket, the ambitious lady has her eyes on a lucrative slum redevelopment contract. She decides to cash in on the celebrity status of Adi, a child prodigy whose confident spiel on the mysteries of the universe and the natural world brings the media to his door.

The Netflix film, which streams from October 2, captures the agony, angst and anger of a man who knows he is "a small molecule in this society". He resorts to irreverence and subterfuge as rebellion. He seeks to subvert the social structure that has painted his ilk into a corner and doomed them to never-ending misery. He is determined not to let his son be encumbered by social constraints. But no matter how much the book may have raged against systemic violence directed at humans treated worse than animals, it presents a view of the lower depths from a pedestal of relative privilege. There is seething fury in the narrative all right. But Ayyan Mani is a man who has lifted himself out of the morass. The worst that he is up against now are the bickering, haughty upper-caste scientists at the institute and the gnawing knowledge that, in order skirt around the obstacles in his path, he must bank upon his own wiles.

The screen adaptation of Serious Men cannot, therefore, be serious competition to Nagraj Manjule's Fandry or Vinod Kamble's Kastoori, films made by directors who have emerged from the social strata that those searing stories are set in. The strong organic tone of Fandry and Kastoori stems from the fact that they deal with lived experiences.

But once you get rid of that sort of expectation from Serious Men, Sudhir Mishra's first-ever adaptation of a published book is no mean cinematic achievement - it is at once funny, sardonic, bitter, insightful and pugnacious. It is lensed with flair by Alexander Surkala and embellished with a subtle, evocative background score by composer Karel Antonin.

And with Nawazuddin Siddiqui holding the fort as only he can and receiving wonderfully steady support from Nassar, Indira Tiwari, Aakshath Das, Sanjay Narvekar and Shweta Basu Prasad, this is a rare Mumbai film that addresses the caste system and its ugly upshots. Serious Men is worth celebrating for what it brings to the table.

Ayyan and Adi's secret covenant is aimed at smashing the walls that keep the family from rising out of their station in life. It is fraught with danger because it is deceitful. But for the protagonist, it is a way of getting back at a society that has perpetrated a far bigger fraud on him and his forebears. On a more mundane level, he hopes to give his wife a sliver of hope to cling to. 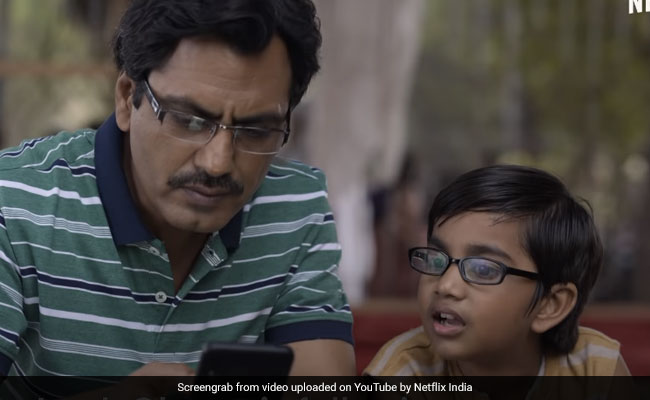 Adi makes rapid strides as a 'wunderkind'. The media hounds him, a political party wants a piece of him and his school will do everything in its power to retain its star student. But those that prey on the boy will not let him forget who he is - a genius from a very, very humble background. The political party that adopts Adi as its mascot is a Dalit outfit. And the school headmistress, Sister Christie, baits his father with the offer of a scholarship if the family converts.

Ayyan sees his son as a ticket out of his lower middle-class struggles. His boss, too, isn't averse to bending a few rules. Yes, everybody in Serious Men on a downward moral gradient, be it a high-profile, entitled scientist or a lowly government clerk who derives great pleasure from turning the tables on his upper-caste boss at the first available opportunity. With varying degrees of power depending on their place in the pecking order, they are all out to manipulate the system to their advantage.

Serious Men is a portrait of a minefield of a society delivered with a lightness of touch that enhances its acuity. More than just watchable, the film offers the audience much to mull over.