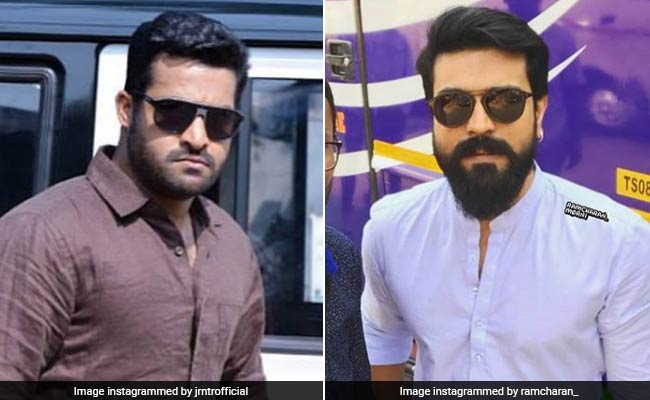 Rajamouli's next is with Ram Charan and Jr NTR (courtesy Instagram)

New Delhi: S S Rajamouli once said that he doesn't want the world of Baahubali to end but it appears that he is moving on and as much as we love the epic drama, we can't keep calm after learning about the new Rajamouli movie. The veteran director tweeted to say that his next movie will have an ensemble cast headlined by Telugu superstars Ram Charan and Jr NTR Rama Rao, both of who have previously worked with the Baahubali director. On Thursday evening, there arrived a tweet on Rajamouli's feed which said: "The much awaited confirmation you all have been waiting for since November 18th 2017... Its OFFICIAL.. The Massive Multi Starrer is ON! #RRR .. It's not the TITLE.. Just the TITANS coming together!"

While 'RRR' started trending on the Internet, let this be known that it is not the official title of the movie but just the initials of the key people's names put together - Rajamouli, Ram Charan, Jr NTR Rama Rao.

The much awaited confirmation you all have been waiting for since November 18th 2017... Its OFFICIAL.. The Massive Multi Starrer is ON!#RRR .. It's not the TITLE.. Just the TITANS coming together! @ssrajamouli@tarak9999#RamCharanhttps://t.co/PTENUB7pwV

S S Rajamouli cast Jr NTR Rama Rao in his debut film as a director - 2001's Student No.1. 2003's Simhadri and 2007's Yamadonga are the two other collaborations of the actor-director jodi. S S Rajamouli directed Ram Charan in the superhit 2009 movie Magadheera.

Promoted
Listen to the latest songs, only on JioSaavn.com
The announcement about Rajamouli's new project arrived at a time when movie buffs were perhaps expecting an update about a probable Mahabharata project because this is what Rajamouli told IANS last year: "My long-time desire is to make a film on Mahabharata. You can imagine the scale on which it has to be made and it will be beyond anybody's imagination. It's been on my mind for quite long but I don't know yet when it will happen."