S P Balasubrahmanyam, Thank You For The Music 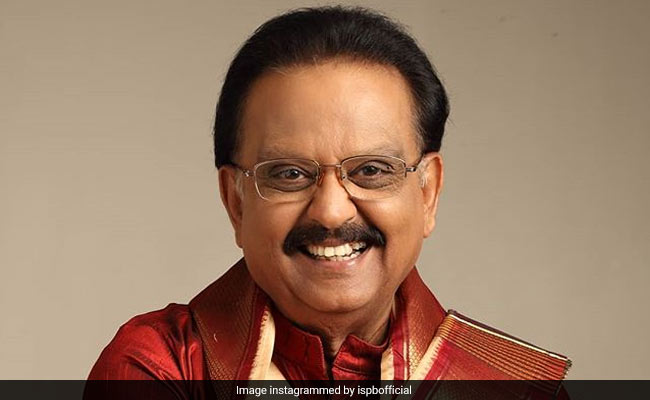 Singer S P Balasubrahmanyam died in a Chennai hospital where he had been taken after testing positive for COVID-19. He was 74. Mr Balasubrahmanyam, beloved for his distinctive baritone voice, had a long and prolific career, singing 40,000 songs in 16 languages. On August 5, he was taken to hospital and released a video in which he said he was "perfectly alright" and expected to be discharged soon. On August 14, a day after confirming that Mr Balasubrahmanyam's symptoms were mild and that he was stable, the hospital said that his condition had worsened and that he had been put on life support. Despite testing negative for the virus three weeks later, S P Balasubrahmanyam couldn't be taken off the ventilator and on Thursday, the hospital said his health had deteriorated and that he was on maximum life support. On Friday, his son S P Charan announced that he had died a little after 1 pm.

S P Balasubrahamnyam was born in Nellore on June 4, 1946. His father was a theatre actor and a Harikatha artist - a traditional form of storytelling in South India. Mr Balasubrahmanyam's sister, S P Sailaja, also became a singer like him. However, his earliest chosen career was in engineering. SPB, as Mr Balasubrahmanyam became known to his fans, won several music competitions while studying engineering, eventually opting out of academics and into a musical career.

S P Balasubrahmanyam made his playback debut in 1966 Telugu film Sri Sri Sri Maryada Ramanna. In just a few years, SPB became the most in-demand artist in the south film industry, singing in Tamil, Telugu and Malayalam and often recording multiple songs in a single day. By 1970, he had sung for the leading film stars of the era - MGR, Sivaji Ganesan and Gemini Ganesan. Two actors had the distinction of having SPB be their singing voice in many, possibly most, films - Rajinikanth and Kamal Haasan. It was almost customary for SPB to sing the title track of Rajinikanth's films, from My Name Is Billa in Billa to Balleilakka in Sivaji.Kamal Haasan once tweeted that for years, S P Balasubrahmanyam had been his voice and he had been SPB's face. SPB also dubbed for Kamal Haasan in the Telugu version of his films.

S P Balasubrahmanyam also worked closely with many composers but none more so than Ilaiyaraaja, with whom he shared an association before either became a professional musician, and with A R Rahman, whose hit debut soundtrack for Roja had three songs sung by SPB - the first of many to follow.

In 1989, S P Balasubrahmanyam sang for Salman Khan in Maine Pyar Kiya - he sang for Salman in several subsequent films including Hum Aapke Hain Koun, and became identified as the 'voice of Salman' just as he was associated with Rajinikanth and Kamal Haasan down South.

There was no slowing S P Balasubrahmanyam down. He last sang in films such as Darbar and Disco Raja that released early this year and reunited with Ilaiyaraaja for the upcoming Thamezharasan.

S P Balasubrahmanyam was also a an actor and producer, as well as a voice actor - he dubbed for Rajinikanth, Kamal Haasan, Anil Kapoor and other stars. SPB received the Padma Shri and Padma Bhushan, in addition to his many awards.

S P Balasubrahmanyam is survived by his wife Savitri, daughter Pallavi, and son S P B Charan, also a singer and producer.