"Thank you for every song you sang for me," tweeted Salman Khan 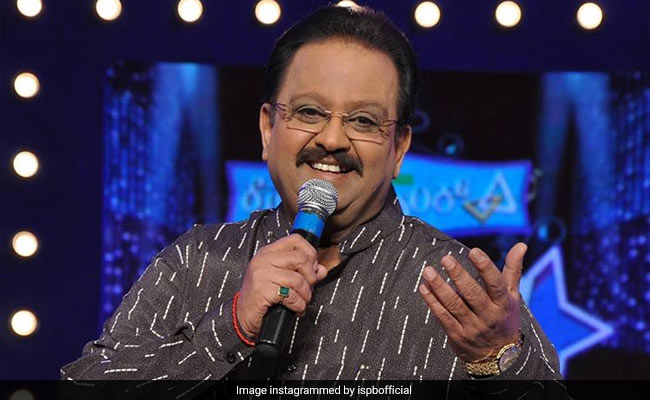 Salman Khan, in his latest tweet, wished singer S P Balasubrahmanyam a "speedy recovery" after his condition worsened in the last 24 hours. S P Balasubrahmanyam is currently on maximum life support in Chennai's MGM Healthcare hospital, where he was admitted after testing positive for COVID-19. The 74-year-old singer doesn't have the virus now but his condition is still critical. S P Balasubrahmanyam was called Salman Khan's voice in the 90s after he sang several popular tracks like Tumse Milne Ki Tamanna Hai, Kabhi Tu Chhalia Lagta Hai, Pehla Pehla Pyaar Hai, Dil Deewana and Saathiya Tune Kya Kiya in Salman Khan's films such as Saajan, Pathar Ke Phool, Hum Aapke Hai Kaun and Maine Pyar Kiya. In his tweet, Salman Khan wrote: "Bala Subramaniam, sir. All the strength hope wishes from the bottom of my heart to a speedy recovery. Thank you for every song you sang for me and made special your Dil Deewana hero Prem (Salman Khan's character in the 1989 film Maine Pyar Kiya. Love you, sir."

Bala Subramaniam sir . All the strength hope wishes from the bottom of my heart to a speedy recovery n thank u for every song u sang fr me n made special your dil dewana hero prem, Love u sir.

S P Balasubrahmanyam was admitted to MGM Healthcare hospital on August 5 after he was diagnosed with coronavirus. The singer, after recently testing negative for COVID-19, had started showing improvements. However, his condition deteriorated on Thursday, after which he was placed on maximum life support, the hospital said in a bulletin. S P Balasubrahmanyam's close friend, actor Rajinikanth, visited him at the hospital on Thursday.

S P Balasubrahmanyam's son, producer-director S P Charan, has been sharing updates about his father's health on social media. In his recent posts, he stated that the singer was undergoing physiotherapy lately.

S P Balasubrahmanyam, winner of six National Awards, has a vast body of work that spans 40,000 songs in 16 languages. He has worked extensively with Ilaiyaraaja, A R Rahman and other composers. He is also an actor, producer and voice actor. Mr Balasubrahmanyam has received the Padma Shri and the Padma Bhushan.