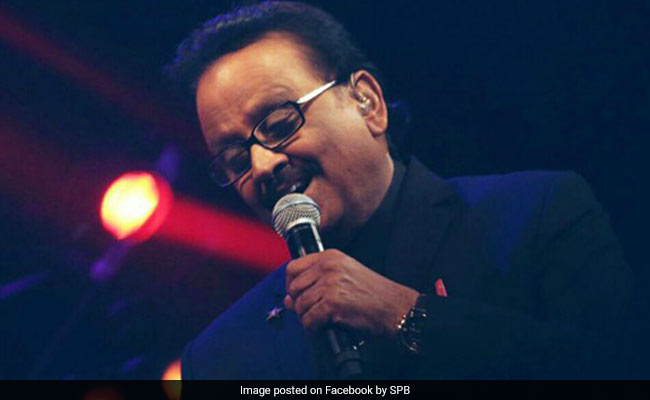 Veteran singer S P Balasubrahmanyam, who is being treated for COVID-19 at Chennai's MGM Healthcare Hospital, tested negative on Monday, his son S P Charan said. However, the 74-year-old singer is still on ventilator. Sharing a video on his Instagram profile, SPB's son S P Charan said, "We were expecting dad's lungs to improve as they were but unfortunately we are still not at that point where we could rid him of the ventilator. But the good news is that dad is COVID negative." The signer was admitted to Chennai's MGM Healthcare hospital on August 5 after he tested positive for the virus. S P Balasubrahmanyam had mild symptoms when he was taken to hospital this month. However, he was later moved to the Intensive Care Unit or ICU and placed on life support when his condition deteriorated.

The hospital is however not giving a bulletin on the singer's health today. On September 3, it's bulletin said he's on "ventilator and ECMO support in ICU" and that his "clinical condition stable. He's conscious, responsive and continues to show clinical progress."

Adding more details on his father's health update, S P Charan said in the video: "Other than that, we had a small celebration for mom and dad for their anniversary. Dad is watching a lot of cricket and tennis on his iPad. He is looking forward to IPL and is writing and communicating a lot."

S P Balasubrahmanyam's impressive body of work comprises over 40,000 songs in 16 languages. The singer, who is a winner of six National Awards, has collaborated with music composers such as Ilaiyaraaja and Oscar-winning A R Rahman. Earlier, AR Rahman shared a post on Twitter, in which he prayed for the singer's speedy recovery. Besides being a singer, S P Balasubrahmanyam is also an actor, a producer and a voice actor. Mr Balasubrahmanyam is also a recipient of the Padma Shri as well as the Padma Bhushan.