RRR: On Jr NTR's Birthday, A New Look At One Of His "Biggest Challenges" - Bheem 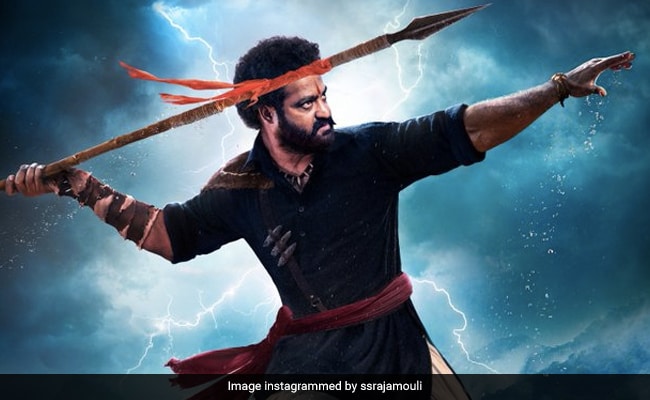 First, happy birthday, Jr NTR. The south superstar's birthday was celebrated on social media by the team of RRR with a brand new poster of the film. Director RR Rajamouli tweeted a new poster of Jr NTR's onscreen character from the movie - Komaram Bheem - with these words: "My Bheem has a heart of gold. But when he rebels, he stands strong and bold! Here's Jr NTR as the intense Komaram Bheem from RRR." The new poster of Bheem also served as a return gift for fans, who flooded Jr NTR with best wishes on his birthday. The actor also shared some details about his onscreen character and wrote: "He's a rebel full of heart! It's been a pleasure to play this intense role and I am happy to introduce to you all, one of my biggest challenges so far."

On Jr NTR's birthday, here's the new poster of Komaram Bheem from RRR:

My Bheem has a heart of gold.
But when he rebels, he stands strong and bold! 🌊

Bravery, honour and integrity.
A man who defined it all!
It's my privilege to take on the role of #AlluriSitaRamaraju 🔥#RRR#RRRMovie@ssrajamouli@tarak9999@ajaydevgn@aliaa08@oliviamorris891@RRRMovie@DVVMoviespic.twitter.com/QLxv2HnACB

RRR is special on various levels - other than casting the two superstars together, this film also stars Bollywood actors Alia Bhatt and Ajay Devgn. Alia Bhatt has been roped in to play the role of Sita, Ram Charan's love interest while Jr NTR's Komaram Bheem will fall in love with Jennifer, a character played by actress Olivia Morris. Ajay Devgn will reportedly play onscreen mentor to Ram Charan and Jr NTR's characters.

After months of lockdown, Baahubali director Rajamouli resumed the shooting schedule of RRR in November last year. The film was initially supposed to hit screens in January this year but was postponed because of the pandemic. RRR is all set to hit screens on October 13, 2021.

Happy Birthday, Jr NTR: Here Are 5 Things You Need To Know About The Telugu Superstar