John Abraham revealed how he dealt with racist attitude at an airport once, when someone saw his passport and commented "slumdog millionaire". 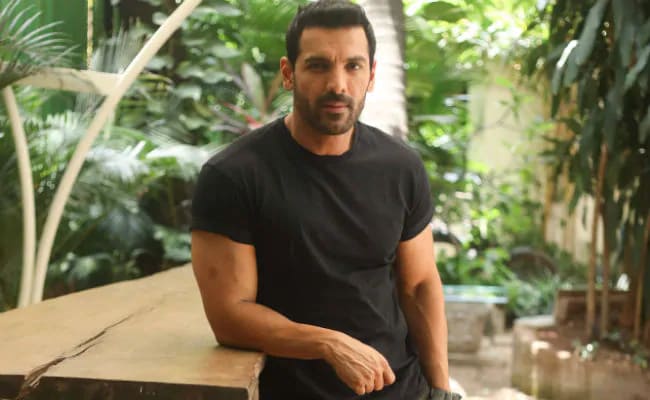 Actor John Abraham, whose new film Romeo Akbar Walter is just around the corner, opened up about his brush with racism during one of his travels in an interview with ZoomTV. The 46-year-old actor revealed how he dealt with racist attitude at an airport once, when someone saw his nationality on his passport and commented "slumdog millionaire". Here's what he told ZoomTV: "I remember someone asked me once... He saw my passport, and he said, slumdog millionaire. I said, No, millionaire." In his response, John also added: "Not for any other reason, but because I can buy you out and my country can buy you out today. We rule, Indians rule," reported ZoomTV.

In the past, actors such as Richa Chadha, Shilpa Shetty and Priyanka Chopra have spoken about their brush with racism at airports. While Richa Chadha tweeted about her encounter in Georgia while on Instagram, Shilpa Shetty wrote about her ordeal at the Sydney airport. "Met a racist officer at the passport control while exiting Georgia. Slammed my passport on the desk, twice... muttered under her breath in Georgian... yelled and asked me to hurry. Sad that people like her are the last ones we perhaps see on exiting the country," Richa wrote in her tweet last year.

and now... met a racist AF officer at the passport control,while exiting Georgia. Slammed my passport on the desk,twice... muttered under her breath in Georgian,yelled and asked me to hurry.Sad that people like her are the last ones we perhaps see on exiting the country...

In her post, Shilpa tagged the airline in concern and wrote: "This piece is only for Quantas airlines to know and take cognisance that their staff must be taught to be helpful and tone can't change with preference to colour. We are not pushovers and they must know that being callous and rude will not be tolerated."

Subject: #Qantas airways @qantas This should get your attention! Travelling from Sydney to Melbourne and at the check in counter met a grumpy #Mel ( that's her name)who decided it was “OK” to speak curtly to “US” ( Brown people!!) travelling together ,I was flying business and had 2 bags (my allowance)and she insisted and decided my half empty Duffel bag was oversized( to check in!!) So she sent us to check it in at the other counter dealing with “Oversized luggage” ..there a Polite lady(yes this one was) said ..”this ISN'T an oversized bag, pls check this in manually if u can at another counter” ( all this happening while the counter is going to shut in 5 mins) As the manual check in wasn't going thru for 5 mins( we tried) I went upto #Mel and requested her to put the bag thru as her colleague said it wasn't an oversized bag.. She refused again.. Just being adamant especially when I told her this is causing a lot of inconvenience .. We had no time to waste so we ran to the oversized baggage counter and requested her to put the bag through which she did after I told her that #Rude #Mel had issues !!!.... to which another colleague joined in an reiterated my duffle wasn't oversized and could've easily been checked in. The point is .. This piece is only for #qantas airlines to know and take cognisance .. that their staff must be taught to be helpful and TONE can't change with preference to #COLOUR .”WE” are NOT #pushovers and they MUST know that being #callous and #Rude will NOT BE TOLERATED . Ps: Please tell me if that bag in the picture is oversized??!! @australia @visitmelbourne @travel #truthmustbetold #bemused #uncalledfor #standup #equality #whatswrongisnotright #instapic #travelwoes #shocking #nightmare #notcool

Priyanka Chopra, who is now a global icon, sometime in 2016 said she was questioned for waiting in the VIP lounge of an airport, reported DNA. Priyanka apparently received an apology later but only after an argument with the concerned airport personnel.

On the work front, John Abraham's Romeo Akbar Walter releases on Friday. The actor also has films like Batla House and Pagalpanti in his line-up.