Based on true events, John Abraham plays the role of a spy in Romeo Akbar Walter 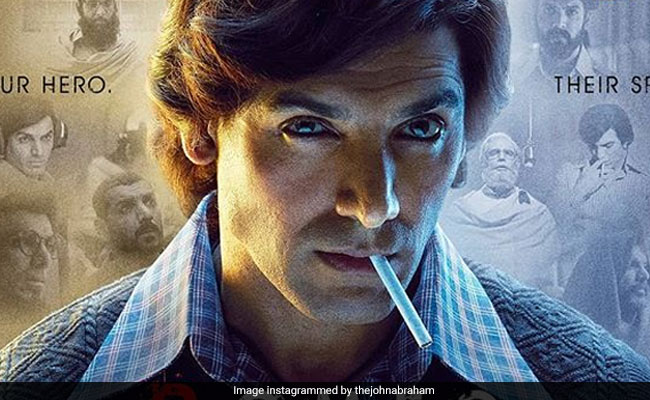 John Abraham shared the first look poster from his upcoming espionage drama Romeo Akbar Walter on social media on Wednesday. Based on true events, John plays the role of a spy in the Robbie Grewal-directed film. "One man. Many faces. One mission - to protect his country. Presenting Romeo from RAW, based on the true story of a patriot," John Abraham captioned the poster. In the first look poster, John features in a retro look sporting a checked shirt with a sweater. In the background, we can also see John in different other looks which he will sport in the film. Romeo Akbar Walter also features Jackie Shroff, Mouni Roy, Suchitra Krishnamoorthi and Sikandar Kher. The film is collaboratively produced by Viacom 18 Motion Pictures, KYTA Productions and VA Film Company.

Earlier, Sushant Singh Rajput was to play the titular role in Romeo Akbar Walter. He opted out of the film due to "unavoidable circumstances". "I wanted to be a part of the project because I love the story and I believe it's a story which must be told. However, due to unavoidable circumstances, I won't be a part of this journey. I wish the producers all the very best for the project," Sushant told IANS.