Read inOther Languages
This Article is From Jan 12, 2019

Initially, Sushant Singh Rajput was cast in the lead role 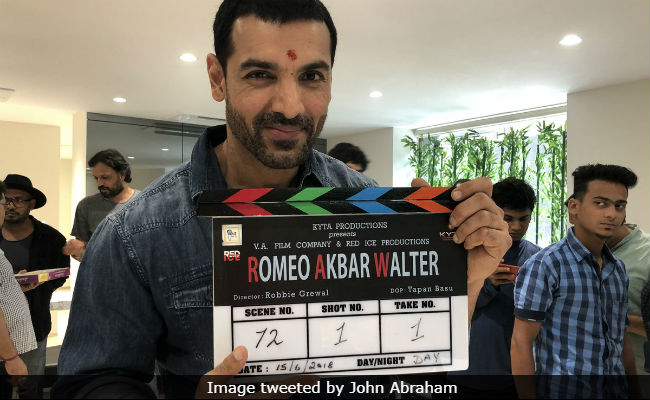 Romeo Akbar Walter went on floors in June last year and it was shot across several locations including Gujarat, Kashmir and Nepal. John Abraham, who plays the lead role in the film, shared a picture from the sets of Romeo, Akbar, Walter in June last year and wrote:"And the journey begins!"

Earlier, Raabta actor Sushant Singh Rajput was to star in the film. He even shared the first poster of the film that featured him. However due to certain "unavoidable circumstances," he quit the project. In an earlier interview, Sushant told news agency IANS: "I wanted to be a part of the project because I love the story and I believe it's a story which must be told. However, due to unavoidable circumstances I won't be a part of this journey. I wish the producers all the very best for the project."