"The very first time I went to Disneyland I was transported to another place," said Robert Downey Jr 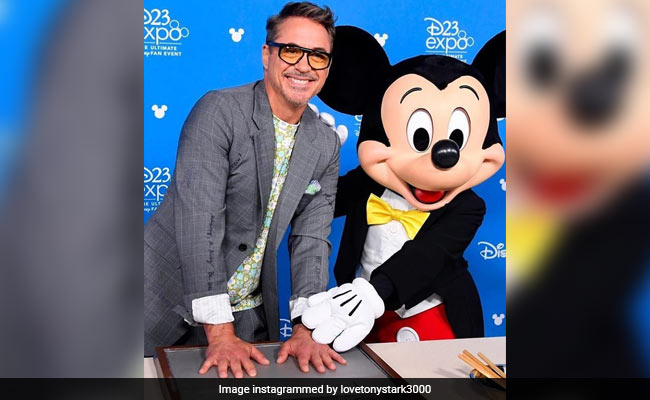 Robert Downey Jr, who was presented with a Disney Legend Award at 2019's D23 Expo, which was held at the Anaheim Convention Center on Friday, cracked up the audience with his acceptance speech. The 54-year-old actor, who is popularly known as Iron Man, joked about being arrested the first time that he visited Disneyland, reported news agency IANS. During his acceptance speech, the Marvel star talked about his escapade and said, "Here's a bit of trivia for you. The very first time I went to Disneyland I was transported to another place -within moments of being arrested."

The actor recalled the incident and revealed that he was arrested for smoking pot. "I was brought to a surprisingly friendly processing center, given a strict warning, and returned to, if memory serves, one very disappointed group chaperone. I've been sitting on that shame for a while and I'm just going to release it here tonight. I would like to make amends to whoever had to detain me for smoking pot in a gondola without a license," said the actor.

Robert Downey Jr signed off his acceptance speech by acknowledging Disney, his fans and everyone that he has worked with over the past and he said, "I don't want to further confuse the issue by insinuating that pot smoking licenses for the gondola are in any way obtainable," he added.

Meanwhile, the actor also posted snippets from the Award ceremony on his Instagram profile and he captioned it: "Thanks guys, here's to the future!" Take a look at his post here: