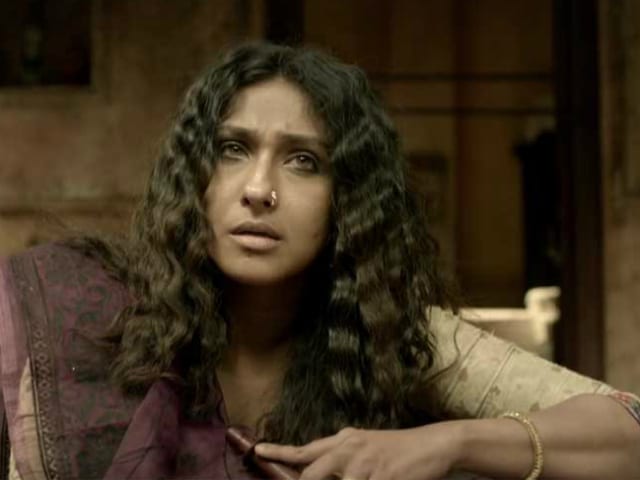 Rituparna Sengupta played the role of Begum Jaan in Rajkahini

New Delhi: Actress Rituparna Sengupta, the original Begum Jaan from the 2015 Bengali film Rajkahini, has said she didn't know that director Srijit Mukherji's first choice for the role was Vidya Balan, who has been cast in the lead in the Hindi remake, titled Begum Jaan. In an interview with DNA, Rituparna, 45, was quoted as saying: "I am not aware that he had wanted Vidya in Rajkahini, too. Or why he's saying that today. We were in talks about doing a film together for the longest time. Srijit had told me that he would come to me only when he had a role which matters. I was in Delhi attending an event. When I checked my phone, I saw it had 10 missed calls! He called again and said, 'I have got something very exciting for you. I asked him to wait for me till I returned and the moment I reached Kolkata he was at my home, ready with the script and concept."

Srijit Mukherji, who is also directing the Hindi version, told Hindustan Times that Vida Balan was on his wish list for both films. "Originally, Rajkahini was written to be a bilingual and I was supposed to cast Vidya Balan to play the role in both the films. Only after I didn't get her dates and things didn't work out, I thought of doing the Bengali film and approached Rituparna," he said.

Begum Jaan is a brothel madam in India at the time of Partition who refuses to leave her home when told that the Radcliffe Line would be drawn through it. Rituparna Sengupta told DNA that her director had every confidence that she would be able to deliver. "Srijit was very confident that I could pull it off. I asked him if he really thought I could do it. Srijit said that I had to take out all the feminism in me. It was a role that required a lot of mental and physical prepping. I was very fascinated by what he offered me and though it was a big challenge for me, Srijit tutored me very well. Begum Jaan was such a very different zone for me," she said.

Rituparna, who won a National Award for Dahan, is taking the revelation in her stride. "I am quite empowered that way. I can own things in my own way. I own my character Begun Jaan in me. Nobody will forget Rajkahini's Begum Jaan. Who was the first and second choice doesn't matter! I have a deep regard for my director and am aware of what the film has done for me, so there are no complaints. But there is a lingering feeling of disappointment...Had I got the National Award for it, I would have been happy. The amount of pressure, hard work, love and passion I put in the film, the battle I fought to get into my toughest character till now, was not trivial," she told DNA.

She also told DNA that Vidya praised her performance as Begum Jaan. "She has always raved about my performance and told me whenever we have met. I am sure she has also interpreted Begum Jaan in her own way and will make it her own character but you can't compare the two," Rituparna Sengupta said.

Vidya Balan is busy promoting Begum Jaan, which is hitting the theatres on April 14, with co-stars Gauahar Khan and Pallavi Sharda. The events of Rajkahini are set in Bengal but the scene has been shifted to Punjab for the Hindi version, which also stars Naseeruddin Shah, Rajit Kapoor, Ashish Vidyarthi and Chunky Pandey.