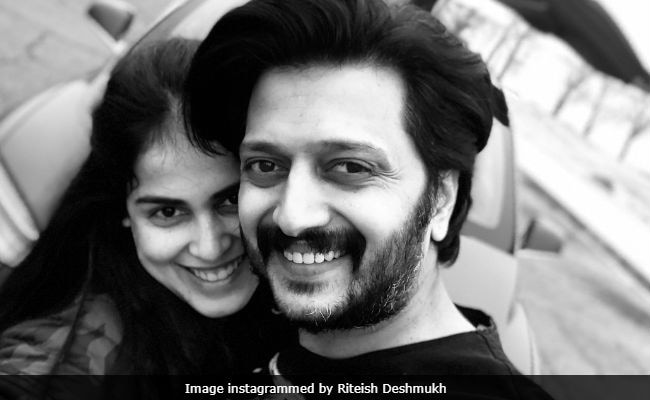 New Delhi: Genelia D'Souza knows how to put a smile on her husband Riteish Deshmukh's face. On Riteish's 40th birthday, Genelia appears to have given him a Tesla X, which made the "40-year-old birthday boy feel like a 20-year-old." From Riteish's post it is not clear if he is actually the proud owner of the fully electric car or if it was just a ride for birthday thrills. Also, not apparent from this post is where the couple are now - Riteish's post from a few days ago tags Genelia in New York. It certainly doesn't look like they are in Mumbai. But all of this aside, one thing's clear from the photo, Riteish is happy to be in the company of this eco-friendly super ride.

So the Baiko @geneliad surely knows how to make a 40 yr old birthday boy feel like a 20 yr Old. #TeslaX #electric #ecofriendly

All in all, it was a well-spent birthday for Riteish, who returned Genelia's favour with these words: "I hope I am doing exactly the same thing I did in my past life to have deserved you. Because I definitely want you in my next."

I hope I am doing exactly the same thing I did in my past life to have deserved you. Coz I definitely want you in my next. Thank you @geneliad for the unconditional love.For making moments count. For making life special. For just being you. Love you Baiko.

Riteish Deshmukh and Genelia D'Souza have co-starred in films such as Tujhe Meri Kasam, Masti and Tere Naal Love Ho Gaya. Riteish married Genelia in traditional Maharastrian style followed by a church wedding in February 2012. They are parents to three-year-old Riaan and one-year-old Rahyl.