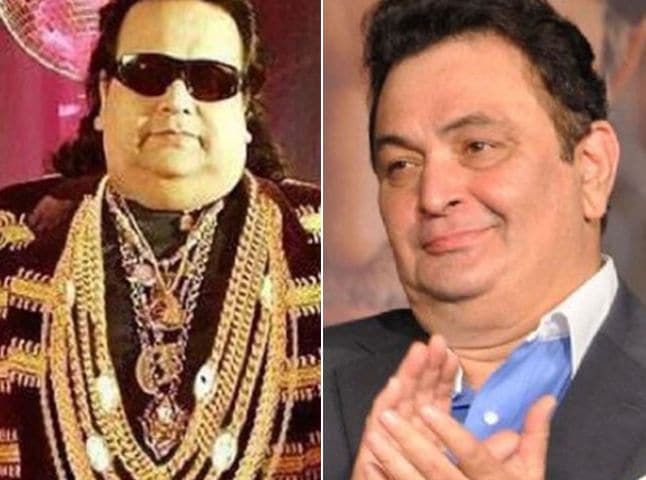 The image on the left was posted on Twitter by @chintskap

New Delhi: First, a disclaimer: Rishi Kapoor and Bappi Lahiri are friends, and a good thing too because the 63-year-old actor has made the famously bling-tastic composer the butt of his jokes yet again.

Mr Kapoor, who has been in films like Prem Yog and Ghar Ghar Ki Kahaani with music by Bappi da, struck gold with this.

With no offence meant to my friend,I thought this was so cute!!! pic.twitter.com/FCI3IyxjuD

Meanwhile, the rest of Twitter seems equally fascinated by 'Puppy Lahiri.' A user has made it his profile picture. This is the second time Mr Kapoor is poking fun at Bappi Lahiri on Twitter. Last year, he made this Dhanteras joke - Dhanteras, which precedes Diwali, is considered an auspicious time to buy gold and other precious metals.

Rishi Kapoor, who was last seen in 2015's All Is Well, stars in Kapoor And Sons, out this Friday.