Mulk is a courtroom drama directed by Anubhav Sinha 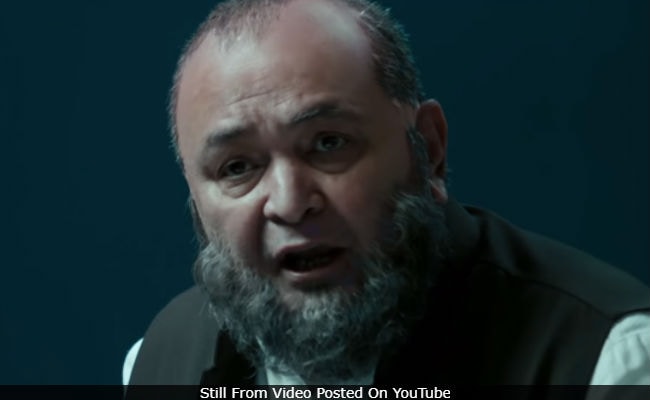 The release of Rishi Kapoor and Taapsee Pannu's Mulk has hit a roadblock in Pakistan, after the Censor Board decided to put a ban on the film. Mulk, a courtroom drama directed by Anubhav Sinha, is set to hit the screens on Friday (August 3). The reason behind the decision is not known yet. The makers of Mulk released a statement in which Deepak Mukut of Soham Rockstar Entertainment said, "We are disturbed by this prejudiced verdict and it's such an irony because our film talks about this very prejudice. We urge the Pakistani Censor Board to reconsider their decision. They will realise how essential it is to the well-being of the human race across the world."

About the ban, Anubhav Sinha on Twitter posted this:

A letter to Pakistan. Sorry a question really!!! #MULK in Theaters tomorrow. pic.twitter.com/Ak1MogByWK

Mulk is the story of a Muslim family, who are branded traitors, after one of the members is killed in a terrorist encounter. Taapsee Pannu plays the defense lawyer, who attempts to establish the fact that the family is being targeted because of their religion. Stay on the release of Mulk in India was also doing the rounds till earlier this week until Anubhav Sinha tweeted that the reports were false.

Speaking about his film to news agency PTI, Anubhav Sinha said, "The film has a good intent, it is not a political film in anyway. It is a very social film, about everyone. I knew I wasn't going to take a political side, I wanted to take a human side which can't be wrong or controversial."

Meanwhile, this isn't the first time that a Bollywood film has faced a ban in Pakistan. Just recently, the Censor Board of Pakistan decided to ban Kareena Kapoor and Sonam Kapoor's Veere Di Wedding due to its "vulgar dialogues and obscene scenes." Sonam's other release of this year - PadMan - headlined by Akshay Kumar, was banned because its storyline, which revolved around menstruation. Raazi, Raees Pari, Neerja and Raanjhanaa also had to face the same fate.