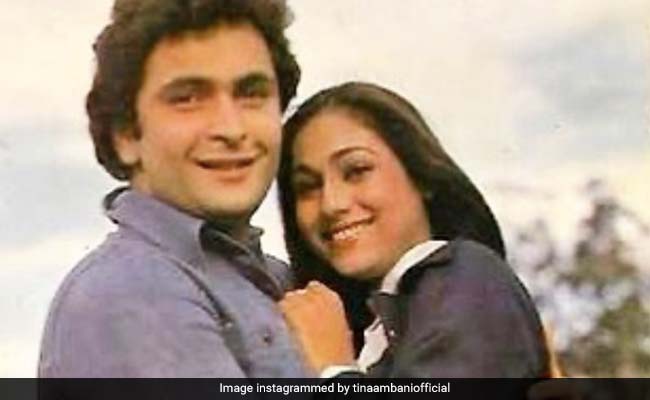 Former Bollywood actress and philanthropist Tina Ambani, who famously starred with Rishi Kapoor in Subhash Ghai's 1980 thriller Karz, paid tribute to the actor in her Instagram post on Thursday, signing off with a reference to the hit song Om Shanti Om from their film. She posted a film still with Rishi Kapoor and wrote in her eulogy piece: "Devastated that you're gone, Chintu. Thank you for the movies, the memories, the sheer joy of knowing you for a lifetime. Love always. Om shanti." Besides Karz, Rishi Kapoor and Tina Ambani co-starred in several films together in the Eighties. Aap Ke Deewane, Bade Dil Wala, Yeh Vaada Raha, Deedar-E-Yaar and Katilon Ke Kaatil, were some of the other projects in which the actors worked together.

. Devastated that you're gone Chintu. Thank you for the movies, the memories, the sheer joy of knowing you for a lifetime. Love always. Om shanti.

Tina's Ambani's husband, industrialist Anil Ambani, attended Rishi Kapoor's funeral at the Chandanwadi crematorium, where the actor's final rites were held on Thursday afternoon. Apart from family, only very few friends were at the funeral because of the lockdown; these included Alia Bhatt, filmmaker Ayan Mukerji and actor Abhishek Bachchan.

Rishi Kapoor lost his battle with cancer on Thursday at the age of 67. The actor was diagnosed with cancer two years ago and flew to New York for treatment. He returned to Mumbai last September after having spent nearly a year in the US, where he was frequently visited by Bollywood celebrities like Shah Rukh Khan, Deepika Padukone, Priyanka Chopra, Aamir Khan and others.

Rishi Kapoor is survived by his wife Neetu Kapoor, son Ranbir and daughter Riddhima. His last project was the 2019 film The Body. The actor had also signed a project with Deepika Padukone, which was to be a remake of Anne Hathaway and Robert De Niro's The Intern.