Rishi Kapoor With Mom Krishna And Siblings In This Rare Pic

Now that's what we call a throwback 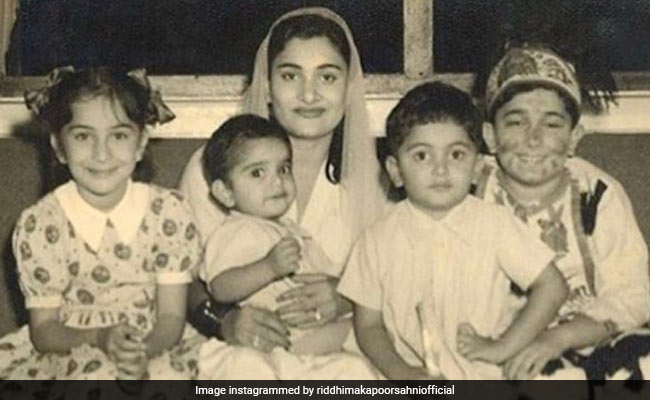 Riddhima Kapoor Sahni, on Wednesday, treated us to one more priceless picture of her father, actor Rishi Kapoor. She made a trip down memory lane and dug out an old photograph from the time when Rishi Kapoor was a toddler. The rare picture is special for one more reason - it features the late actor's mother Krishna Raj and siblings Randhir and Ritu. In the throwback photo, Rishi Kapoor can be seen posing for the camera in his own style as he sits next to his mother. Randhir, smiling with all his heart, can be seen wearing a cap and a short kurta with printed trousers while Ritu looks adorable in a frock.

Rishi and his siblings, including brother Rajiv and sister Reema, belong to the third generation of the Kapoors; Karisma, Kareena, Rishi Kapoor's son Ranbir, daughter Riddhima and other Kapoor cousins comprise the fourth. Krishna was married to yesteryear star Raj Kapoor.

Sharing the picture, Riddhima Kapoor Sahni wrote: "Classic." We agree with you, Riddhima. 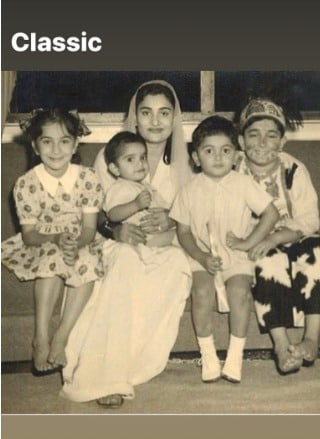 Rishi Kapoor died in Mumbai on April 30 after battling cancer. Riddhima, who moved to Mumbai last month to be with her family after her father's death, has been sharing priceless throwback pictures of the actor on her Instagram stories. Riddhima Kapoor Sahni couldn't attend her father's final rites on April 30 due to the lockdown regulations so she was immediately granted permission to drive to Mumbai from Delhi. She is said to have attended Rishi Kapoor's prayer meet at their Mumbai home on May 2.