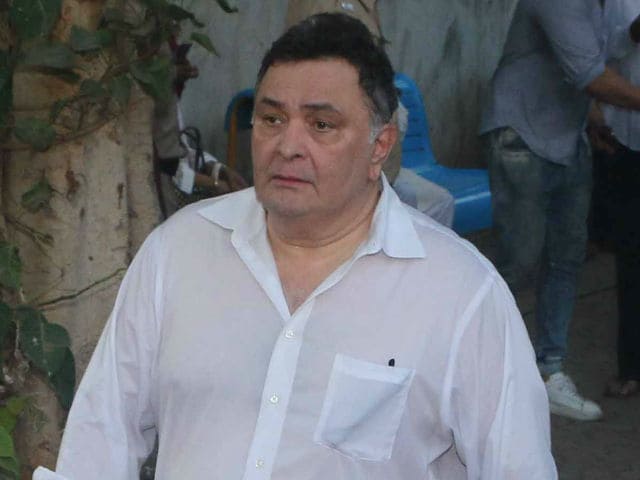 New Delhi: A massive fire broke out on the sets of dance reality show Super Dancer Season 2 at the iconic RK Studio in Mumbai's Chembur on Saturday afternoon. At least 11 fire engines and five water tankers were rushed to douse the fire that gutted one of the main shooting venues of the studio. The RK Studio was founded and setup by legendary actor, filmmaker Raj Kapoor in 1948. His son, actor Rishi Kapoor expressed sadness over the incident and shared the latest update on Twitter. "Sad a major fire broke out at RK Studios. We have lost the iconic Stage 1. Thankfully, no casualties nor injuries. All your concerns appreciated," the 65-year-old actor tweeted. Rishi Kapoor had directed Aa Ab Laut Chalen under the banner.

"The cause of the fire is yet to be ascertained. Luckily, no one has got injured as the set was locked and no one was shooting. We shot at the location last week, and the next shoot was scheduled for September 29 or 30," news agency IANS quoted a source as saying.

The fire was confined on the ground floor of the studio building in the electrical wing and thick dark smoke enveloped the entire area.

The first film produced by the studio was Aag (1948). The studio's next project Barsaat, starring Nargis and Raj Kapoor, released in 1949 and was major hit. After Raj Kapoor's death, his elder son, actor Randhir Kapoor took over the studio.

Promoted
Listen to the latest songs, only on JioSaavn.com
Awaara, Shri 420, Jis Desh Mein Ganga Behti Hai, Mera Naam Joker, Bobby, Satyam Shivam Sundaram, Ram Teri Ganga Maili are some of the other films made under the banner.