At least six fire engines and five water tankers were rushed to battle the blaze that has gutted one of the main shooting venues of RK Studio in Mumbai's Chembur area.

Mumbai: A major fire broke out on the sets of dance reality TV show "Super Dancer Season 2" at the iconic RK Studio in Mumbai's Chembur area on Saturday afternoon.

At least six fire engines and five water tankers were rushed to battle the blaze that has gutted one of the main shooting venues of the studio, Brihanmumbai Municipal Corporation (BMC) Disaster Control officials said.

P S Rahangdale, chief of the Mumbai fire brigade, said fire personnel are still struggling to contain the fire. "There is no report of anyone suffering injury in the fire so far," he said.

Thick dark smoke enveloped the entire area as flames swept through the basement of the sprawling studio, where Raj Kapoor, his siblings and children made a number of films over the decades. 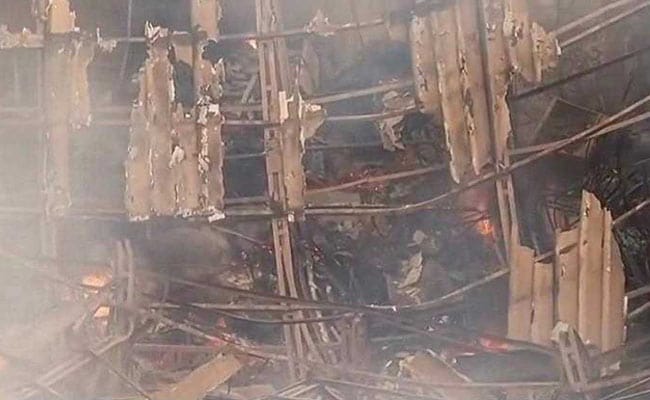 The fire was reported at 2.20 pm and fire brigade personnel are still struggling to contain the blaze

The busy area witnessed traffic jams as fire engines, water tankers and several ambulances were rushed to the site, an eyewitness said.

The fire was reported around 2.20 pm, a senior fire brigade official said.

"Luckily, no one was injured as the set of the Sony Entertainment Television show was locked and no one was shooting.... We shot at the location last week, and the next shoot was scheduled for September 29 or 30," news agency IANS quoted a person as saying.

"The fire mishap will not delay the show, and its premiere date will remain the same," the person said.

Sad A major fire broke out at RK StudiosWe have lost the iconic Stage 1 Thankfully no casualties nor injuries. All your concerns appreciated

Promoted
Listen to the latest songs, only on JioSaavn.com
When Raj Kapoor died in 1988, his elder son, Randhir, took over the studio. Later, his younger brother, Rajiv Kapoor, directed a film titled "Prem Granth". Even Rishi Kapoor tried his hands at direction with "Aa Ab Laut Chalen".

(With Inputs From PTI and IANS)