Rishi Kapoor 'Eager To Return' Home As He Has A 'Wedding To Plan.' Ranbir's?

Rishi Kapoor is "homesick" but he won't be back by the end of this month, says a source close to the family 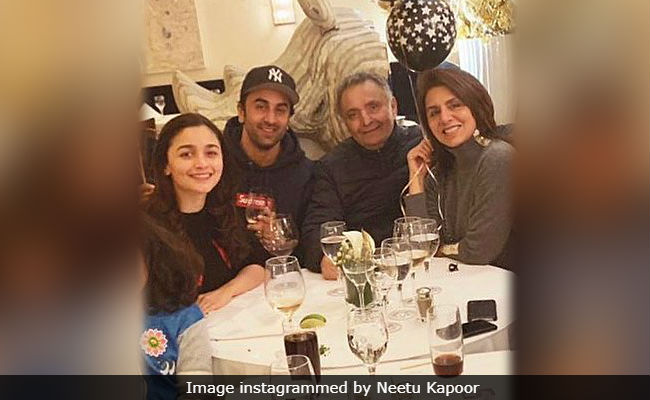 Neetu Kapoor's Instagram post on Wednesday, in which she wrote "will soon be on the same flight back (with sister-in-law Rima Jain)," led fans of Rishi Kapoor into believing that the actor may return to India soon, having spent almost six months in the US for the treatment of an undisclosed illness. However, a source close to the Kapoor family told news agency IANS that though Rishi Kapoor is "homesick," the Mulk actor is not returning anytime soon and definitely not by the end of March. The source also hinted that Rishi Kapoor will be back in time for the preparation of his actor son Ranbir Kapoor's reported wedding to actress Alia Bhatt. "Rishi is homesick and very eager to return home. They have a wedding to plan. And he's counting the days. But he's not ready yet to return," the source was quoted as saying.

The source added: "His (Rishi Kapoor) treatment is slow but steady. Hopefully, he can come home in a few months. But end of this month? No way!"

Rishi Kapoor left for the US for medical treatment in September 2018. The actor also missed his mother Krishna Raj Kapoor's funeral. The Kapoor family matriarch died a few days after Rishi Kapoor left. Rishi Kapoor's brother Randhir Kapoor denied that the 102 Not Out actor was battling cancer but he refused to disclose the nature of his brother's illness.

In the last six months, members of the Kapoor family took turns to visit Rishi Kapoor and Neetu Kapoor in New York. The couple celebrated the New Year's with their children Ranbir and Riddhima. Riddhima's husband Bharat Sahni and daughter Samara along with Alia Bhatt also joined them.

Alia Bhatt and Ranbir Kapoor, co-stars of upcoming film Brahmastra, have been dating for quite some time now and reports of their rumoured wedding are getting stronger with each passing day.