Rishi Kapoor And Wife Neetu Will 'Soon' Be On Flight Home From USA. See Her Post

Neetu Kapoor shared the update on Instagram this morning by posting a new picture of herself with Rishi Kapoor and his sisters Rima Jain, Ritu Nanda 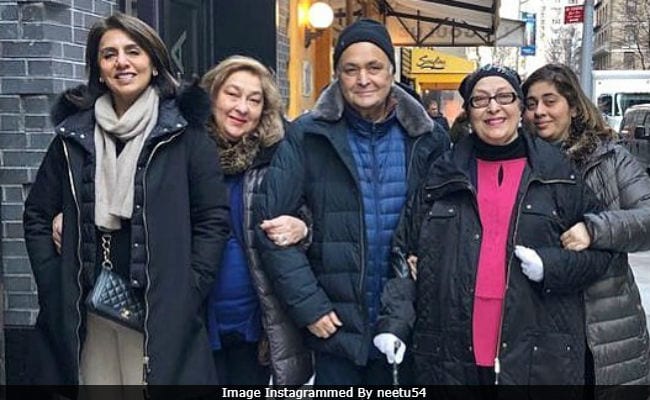 Rishi Kapoor moved to the US in September last year with Neetu Kapoor for medical treatment. However, what exactly he is being treated for has not been disclosed yet. In January, Rishi Kapoor opened up about his health conditions in an interview to Bollywood Hungama and said, "My treatment is on, hopefully I will recover soon and God willing I will return. The procedure is long and tedious and one needs immense patience which unfortunately is not one of my virtue."

Ranbir Kapoor, the couple's son, also stayed with them in the US for a while and Riddhima, along with her husband Bharat Sahni and daughter Samara, joined her family in New York for New Year's. Ranbir's rumoured girlfriend Alia Bhatt was also there.

Celebs like Aamir Khan, Priyanka Chopra, Sonali Bendre (who was also undergoing cancer treatment there), Anupam Kher and others also paid a visit to Rishi and Neetu Kapoor.