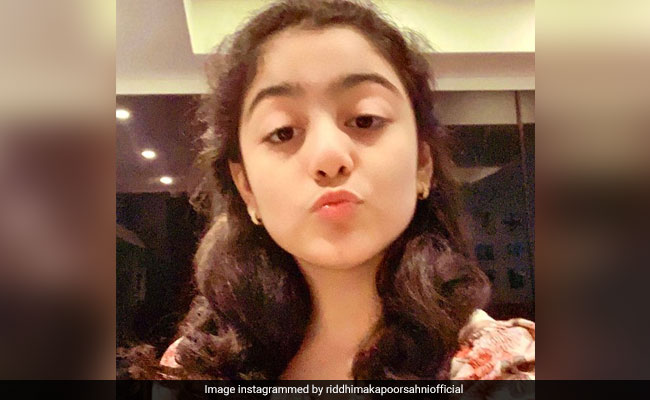 Riddhima Kapoor Sahni's social media presence is top-notch. And, she has definitely reserved her cutest birthday wish for her darling daughter Samara. As Samara turned 11 on Wednesday, Riddhima rushed to social media to leave a special note for the birthday girl. And, the Internet can't help but gush over it. Riddhima has posted a super adorable snapshot of her daughter on Instagram. We see Samara posing with a cute pout for the camera. The caption read, "Happy 11th birthday my sunshine. I hope your day is filled with joy, laughter and love - May your every wish come true this year - We love you so much. Riddhima added the hashtags, "baby girl turns 11" and "samsam". Bollywood celebrities rushed to the post to wish the birthday girl. Alia Bhatt's mom, veteran actress Soni Razdan commented, "Happy Birthday dear Samara lots of love from us all" and added heart emojis. Singer Sophie Choudry, actress Neelam Kothari Soni and designer Falguni Peacock were among the well-wishers for Samara. Take a look at Ridhima's post: Samara's grandmother and actress Neetu Kapoor did not forget to wish the birthday girl. Neetu Kapoor has posted Samara's photo on Instagram Stories and wrote, "Happy birthday to this cuteness who rules our hearts." The actress tagged her daughter Riddhima Kapoor Sahni in the photo. 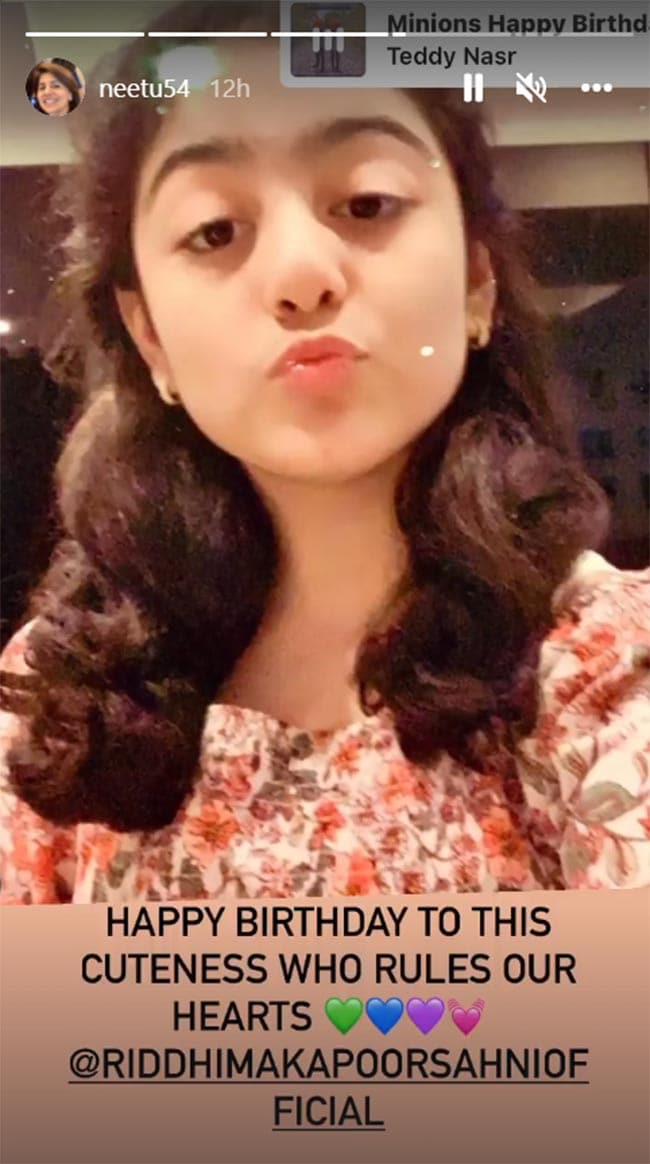 Earlier, Riddhima Kapoor Sahni made headlines by giving a shoutout to her father, late actor Rishi Kapoor's last film Sharmaji Namkeen. She shared two pictures. One was a text that read, "Legends are forever." The second photo is a still from the movie. She has also thanked actor Paresh Rawal for stepping into the shoes of Rishi Kapoor to complete the film.

Riddhima Kapoor Sahni is the daughter of Neetu Kapoor and the late actor, Rishi Kapoor. She is a Delhi-based jewellery designer and is married to businessman Bharat Sahni.