Riddhima Kapoor Sahni Apologises After Being Called Out For Plagiarism: 'Would Never Copy'

"We respect the creativity of every designer and would never copy and disregard any of them!" wrote Riddhima Kapoor Sahni 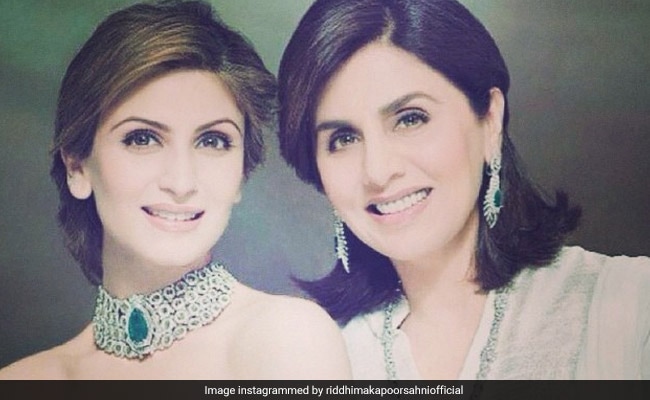 Riddhima Kapoor Sahni, who owns the jewellery brand 'R Jewelry', recently issued an apology after being called out for plagiarism. Diet Sabya - an anonymous but verified Instagram account known for pointing out designer imitations - spotted the photo of pearl and diamond earrings on Riddhima's profile and had to share it on its own page. After Diet Sabya juxtaposed pictures of the original design and the one from Riddhima's latest collection, the designer posted an apology on behalf of her team and wrote: "We at Riddhima Kapoor Sahni Jewelry do not encourage plagiarism! We are extremely sorry for not tagging the original designer for an inspirational post of the diamond and pearl earrings by Mikimoto Kokichi - a legend with pearls!"

In her post, Riddhima also added: "We respect the creativity of every designer and would never copy and disregard any of them!" Riddhima Kapoor Sahni also owns the kids' clothing brand Sam & Friends. Riddhima Kapoor's previous post, featuring the earrings, has now been deleted.

A post shared by Riddhima Kapoor Sahni (@riddhimakapoorsahniofficial) on Nov 25, 2018 at 8:41am PST

Earlier this year, Riddhima Kapoor Sahni trended a great deal after she sent an adorable birthday gift to Alia Bhatt on her birthday. Alia Bhatt, who is rumoured to be dating Riddhima's actor brother Ranbir Kapoor, received a cute bracelet from Riddhima Kapoor Sahni's jewellery collection. "Love it! Thank you, Riddhima Kapoor for this stunning bracelet," Alia had written along with a photo of it on her Instagram story.

Riddhima married Bharat Sahni in 2006 after which, she moved to New Delhi. In a recent Instagram post, Neetu Kapoor revealed how Rishi Kapoor dealt with Riddhima moving out. Riddhima Kapoor Sahni and Bharat are parents to a daughter named Samara.