Richa Chadha: "Working in mainstream is somewhat stressful, but not in exact sense. It's a very different experience" 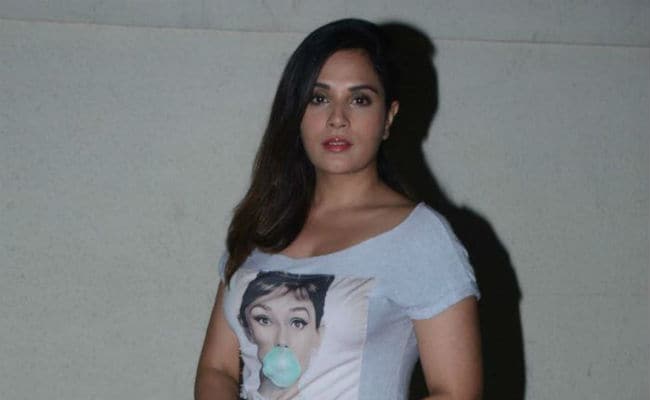 Richa Chadha at an event in Mumbai.

New Delhi: An unspoken hierarchy on the sets of a mainstream film is not something actress Richa Chadha is fond of. Having worked in both mainstream cinema and projects with theatre artistes, Richa pointed at the basic difference between the two. "Working in mainstream is somewhat stressful, but not in exact sense. It's a very different experience... There is an unspoken hierarchy in a mainstream film, that I am not fond of," Richa told IANS here after she wrapped up the shoot of Abhi Toh Party Shuru Hui.

The film's ensemble cast includes actors as talented as Pankaj Tripathi, Saurabh Shukla, Vinay Pathak, Divya Dutta, Manoj Pahwa and Pavan Malhotra. Richa says even if she is on the top of that hierarchy, it makes her uncomfortable.

"Even if I am at the top of a hierarchy, I don't like it. Because it unknowingly distances yourself from other people working on the project. For example, there are five actors and all of them are equally commercially viable and have equal experience... Just because my manager says, 'Richa ko kuch alag do, alag van mil jaye (Give Richa a separate vanity van)', so when I will sit and eat food with them, I will feel weird," she said.

During the shoot of Abhi Toh Party Shuru Hui, the experience was different.

All the actors, who have a lot of experience, stayed together till its wrap-up. And they also helped junior artistes in giving the best shot.

"Suppose we are doing a scene... Like, while shooting Abhi Toh Party Shuru Hui, we have had a few junior artistes in Lucknow. They are not trained actors, so they do not know mark, light, how to put the mic, and the basics. But we are sitting and helping, coming together... If there is a hierarchy, then it won't be the same... They won't be able to open up," she said.

"The pressure on that artiste is in fact much more because he/she has to prove himself/herself in just those two days. So, why make that difference or bring it in the first place? If it is there, it really pinches the person on the other side," she added.

"If you are doing a comedy, you have to be comfortable enough with each other to have that camaraderie. Jokes happen between friends, right?" added the Daas Dev actress.

Promoted
Listen to the latest songs, only on JioSaavn.com
Abhi Toh Party Shuru Hui is a political satire, co-produced by Sony Pictures Networks Productions and Anubhav Sinha. Its release date is yet to be announced.

(Except for the headline, this story has not been edited by NDTV staff and is published from a syndicated feed.)
Comments
richa chadharicha chadha bollywoodricha chadha films